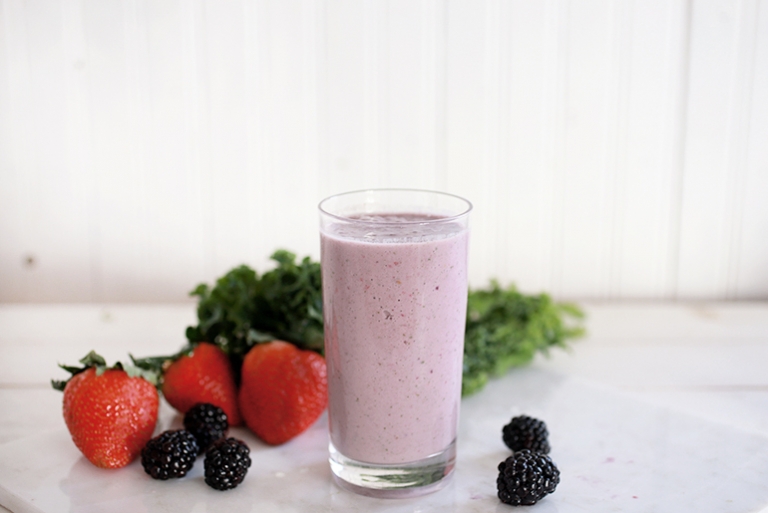 As I mentioned a couple of weeks ago, I’ve been on a healthier eating plan for the last month and a half.  When I started this back in December, I mentioned to my mom that this diet emphasized getting two servings of probiotics a day and she suggested I drink kefir.  I’d actually never heard of it (I know, sometimes it’s like I’m living under a rock!), but my mom has been a fan for a while and has even given it to the boys quite a few times!  So the boys were drinking kefir before I was! I somehow missed seeing it every time I opened my parent’s fridge.  ??  Anyhow, my mom bought me a bottle and it quickly became a favorite (and lifesaver!) for me. 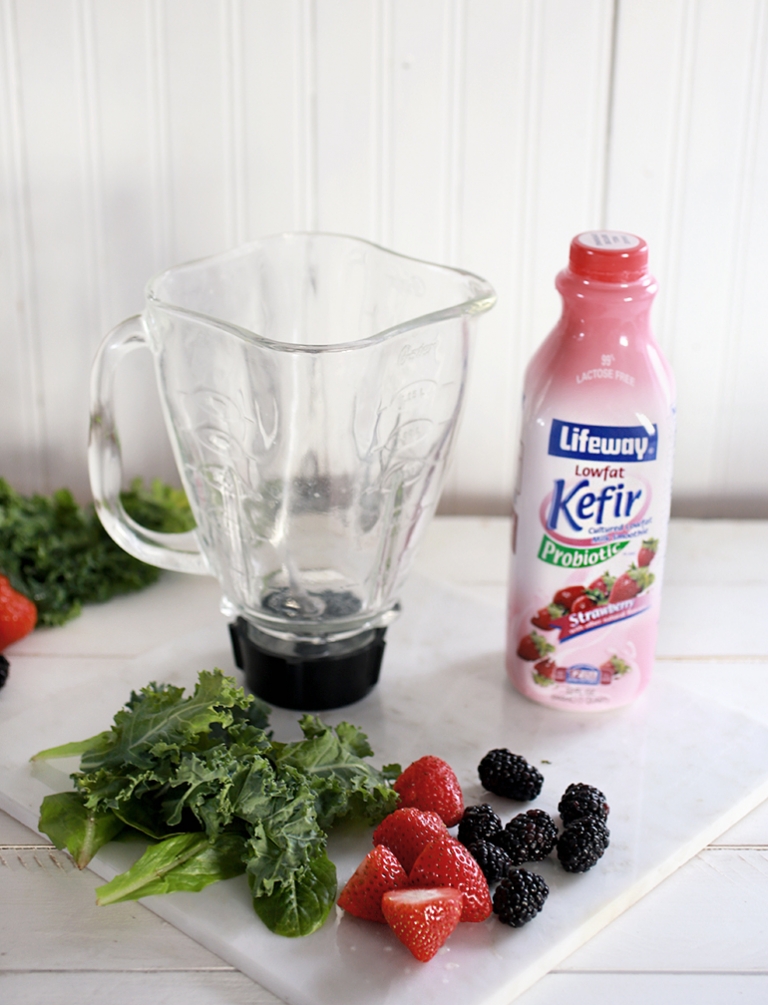 In case you’re like me, and have never heard of kefir, on the bottles I buy it’s described as the “smooth, tart, refreshing cousin of yogurt”. It’s similar to a drinkable yogurt, but it’s 99% lactose free (good news for those that are lactose-intolerant), and loaded with probiotics, so it’s really good for your gut health! And it’s almost like it’s got a bit of sparkly added to it, it’s slightly effervescent and some call it the “champagne of milk”. 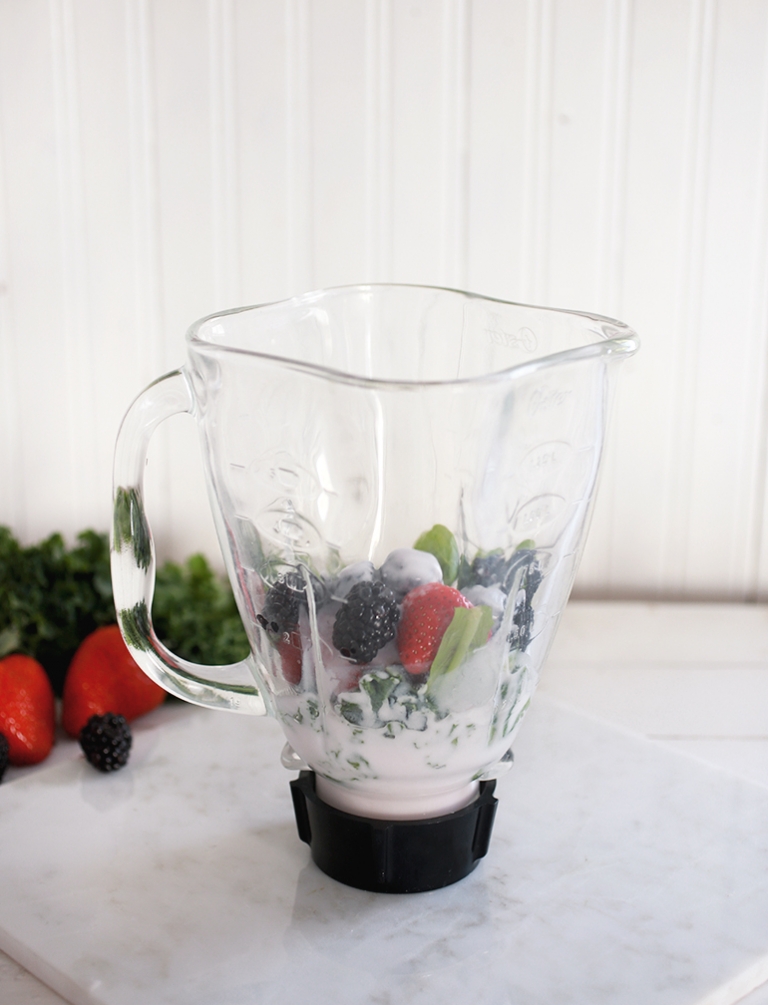 I’ll admit, I’ve only ever had flavored kefir, and I know it’s got extra sugar in it that way, but since I’m really only having sugar in fruit or yogurt these days, I allow for a little bit extra in the form of yogurt or kefir.  (For those wondering – I buy mine at Aldi’s, and they sell two flavors, strawberry & blueberry – blueberry is my favorite).  You can also make kefir at home, just google it and you’ll find lots of recipes and info on that.
I’ve found that having a bottle of kefir in the fridge has been a lifesaver for me with this new eating plan.  I have weird food issues and if I haven’t eaten something in a while, suddenly I’ll get really lightheaded, shaky and sick to my stomach and know I need to get something to eat quickly (bleh, I know, I’m weird!).  A few sips of kefir does the trick!  It also helps when I’m craving something sweet or when I get “hangry” (insert guilty face here!). 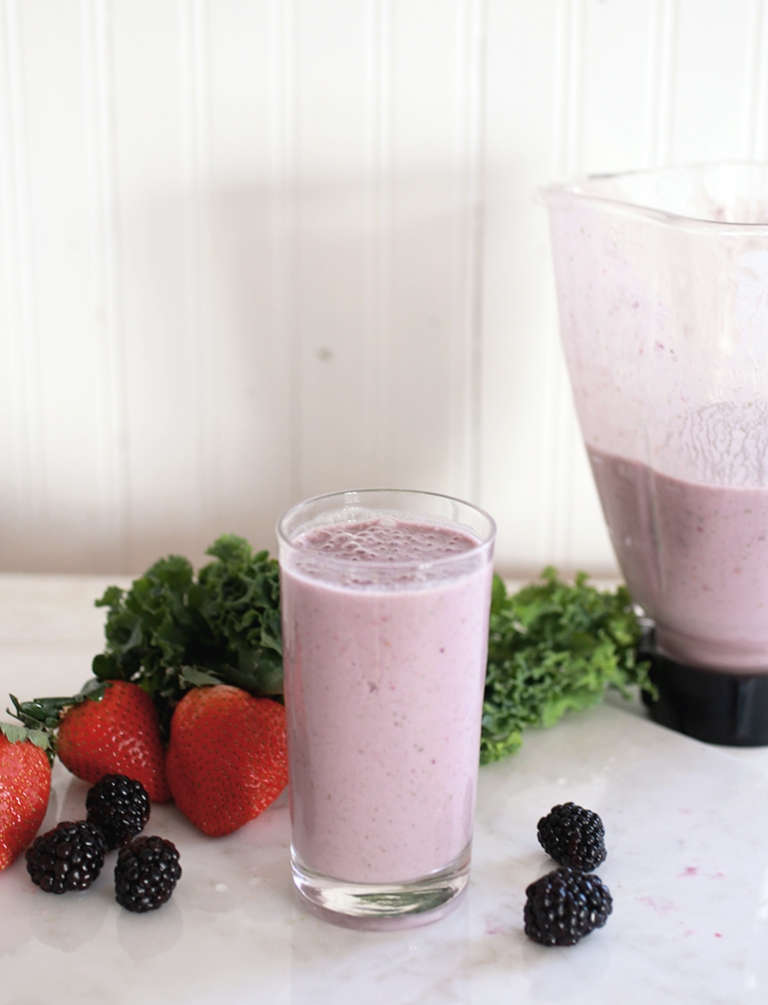 For those that are hesitant to try it, or maybe you’ve tried it before but weren’t really a fan, a good way to enjoy it is in smoothies.  This is actually how my boys like it.  And while I don’t mind sipping it straight out of the bottle, when I’m working on trying to get more fruits and veggies in, I like to enjoy it in smoothie form!
And I highly suggest adding some greens to your smoothie. If you’re not used to doing that, I suggest using spinach as the flavor is a lot more mild than using kale.  And you can start with a small handful and work your way up to using more once you see that it is really delicious to have your fruits & veggies together in a smoothie! 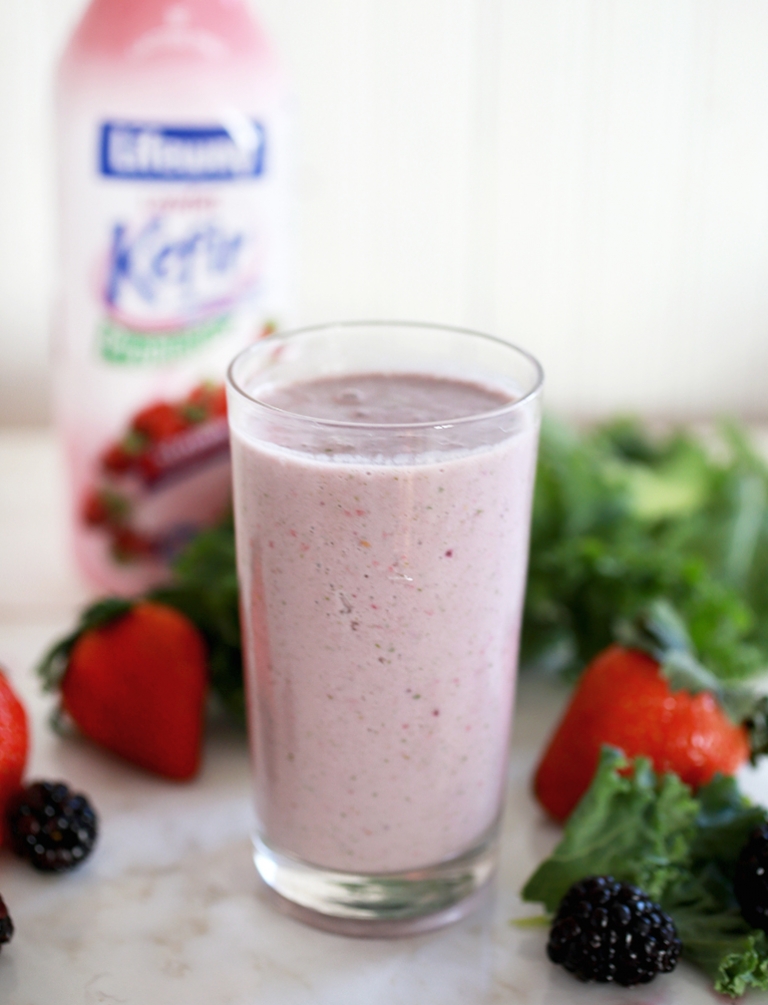 1 cup kefir (if you’re not using flavored kefir, you may want to add some sweetener, such as honey)
handful of spinach or kale
handful of fresh berries
ice

Add spinach, berries, kefir and ice to a blender (putting the spinach in first helps to puree it better). Blend until smooth. Drink immediately. You could also make extra to store in the freezer (or fridge) for a quick breakfast or snack on the go. 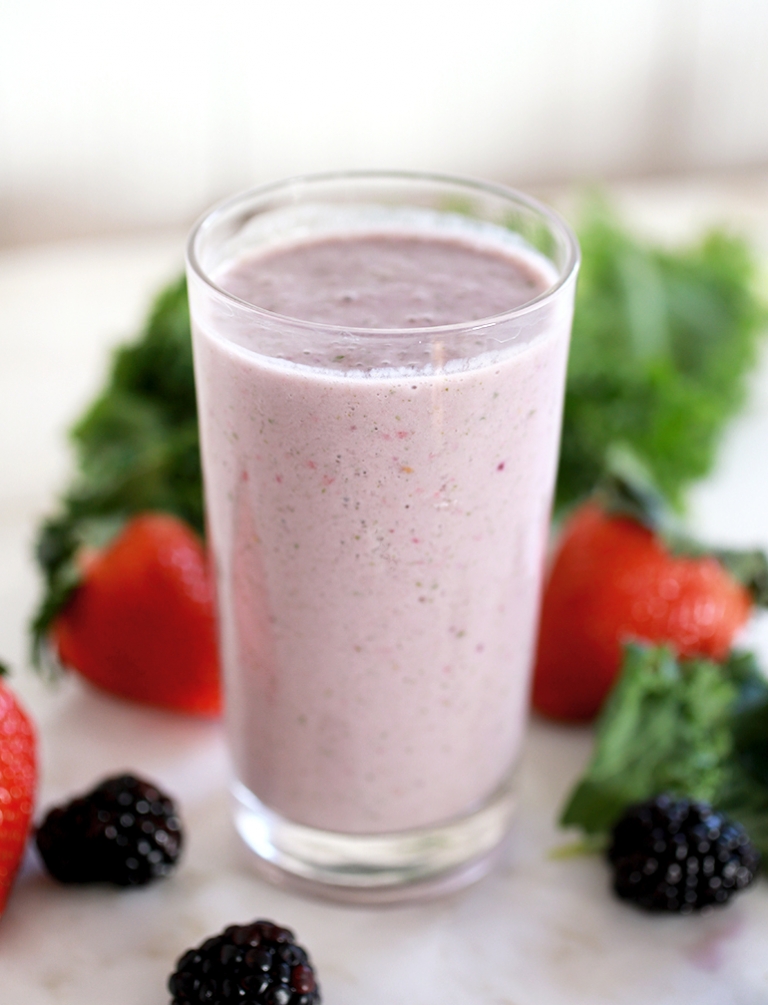 If you’re into healthy drinks check out our Green Pineapple & Blueberry Mint Green smoothies or some of our healthy and budget juicing recipes!

Have you ever had kefir? Are you a fan??