How to make Maple Sugar 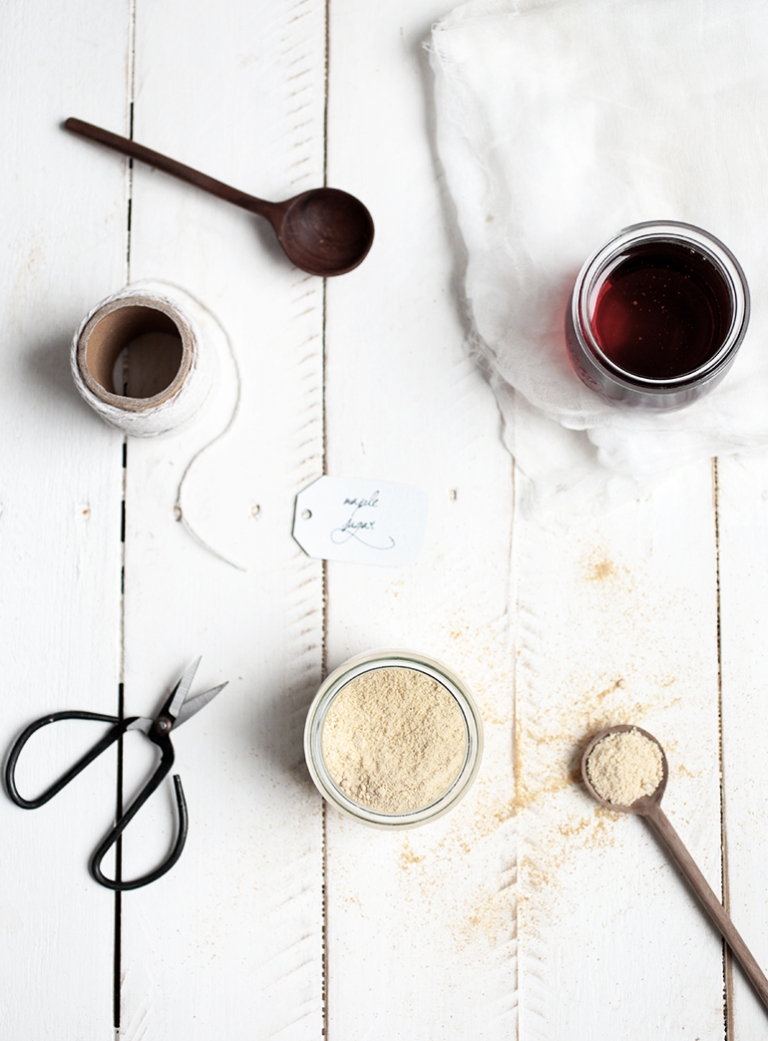 this idea
Confession: for years I didn’t like real maple syrup. 😳 I know! It was only about 5 or 6 years ago that I started using it instead of the fake stuff, yikes! And I believe my turnaround came with trips to Vermont and enjoying Maple Creemees. And these maple frosted donuts from the Adirondacks. Ahhh, they are the best and I’ll take both, right now, please!! I consider the fact that all my boys use real maple syrup instead of the fake stuff, at their young age, a real parenting win! 😉
This time of year, maple syrup season around here (!!!), I’m wanting to make any and everything with maple syrup/flavor in it! I have a delicious cake recipe from my aunt that I plan to share, but it calls for maple sugar, something I hadn’t used before. The recipe doesn’t use a lot, and it’s pretty expensive to buy, so I thought I’d give making my own a try. I didn’t realize how easy it was! Still, I feel very accomplished and pioneer-ish that I just made sugar!! Should the world lose power, we’ll still have maple syrup & sugar! (We do have maple trees, and my husband has tapped them and made syrup before. I’m definitely not feeling that ambitious to give that a try…unless of course Revolution takes place and I’m forced to! 😅). So I thought I’d share my experience with maple sugar making and then next week, share the recipe for the cake! 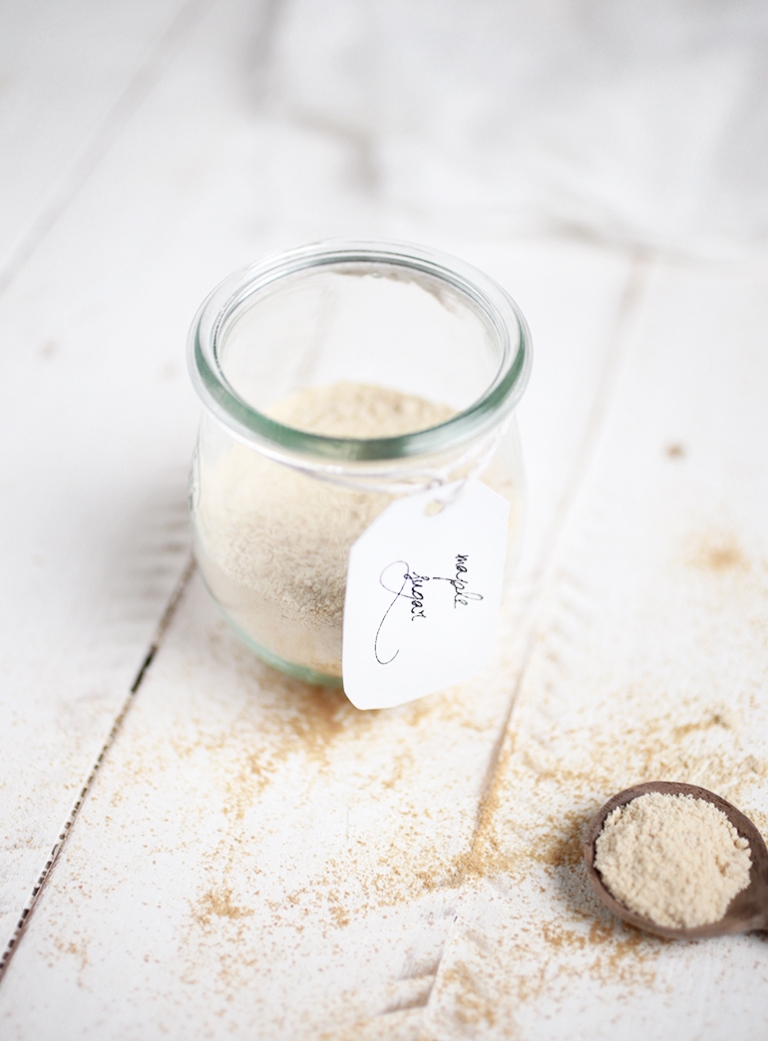 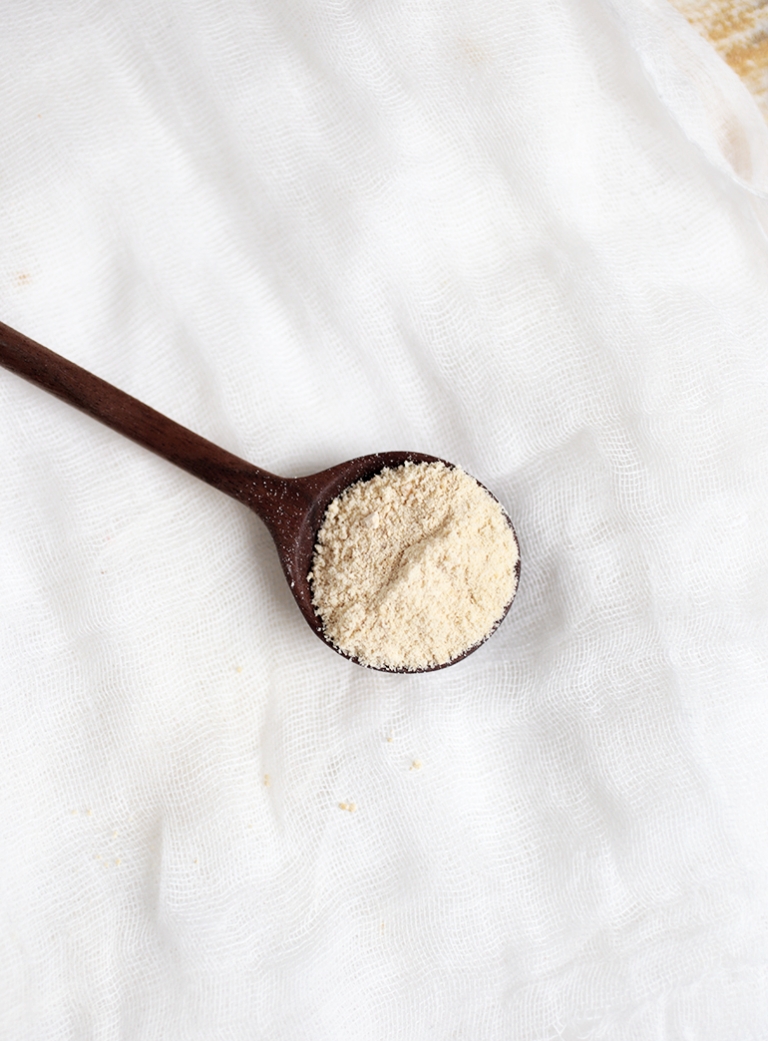 I ended up making this 3 times, slightly different ways each time, trying to figure out the best/easiest method. I made each of my batches pretty small each time, only using a 1/4 cup of syrup, since I didn’t know what I was doing and didn’t want to ruin big batches of liquid gold (aka maple syrup) if anything went wrong. 1/4 cup of maple syrup will get you about a 1/4 cup of maple sugar. (And that’s enough for the cake recipe I’ll be sharing). 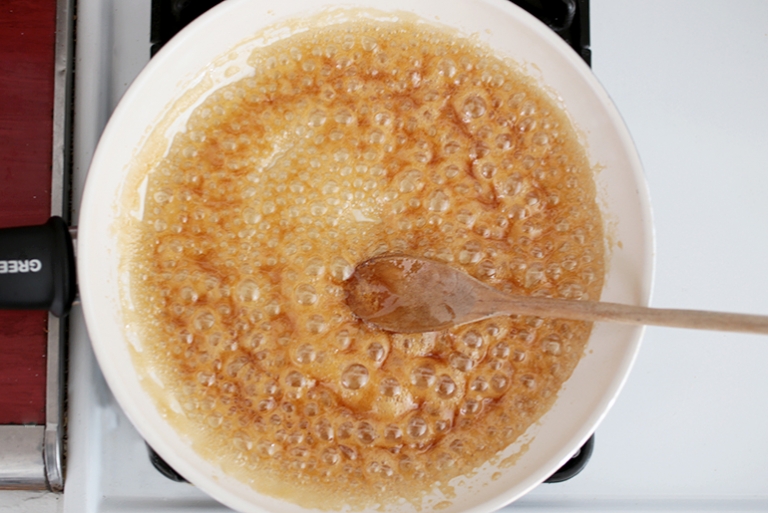 The first time, I made it in a small saucepan, heating until about 260º, and then transferred it to my KitchenAid to do the stirring. It turned out fine, but the syrup stuck horribly to the sides of my mixing bowl, which resulted in less sugar and a pain to clean up. The next batch I tried making in a skillet and then hand stirring (photo above, this is what all the batches look like while boiling). This batch got over done and it was just annoying stirring by hand, especially knowing how easy it had been using the mixer. My third batch, I decided to try “heating” my mixing bowl (I placed it over a large saucepan of simmering water) while I was boiling the syrup, in hopes that the syrup wouldn’t stick so horribly to a warm bowl. Success! There was some syrup sticking to the sides, but because the bowl was warm, I was able to scrape it off and have it stirred in. The two photos below are from the last batch, how it looks when it’s first poured in and then after a bit of stirring. 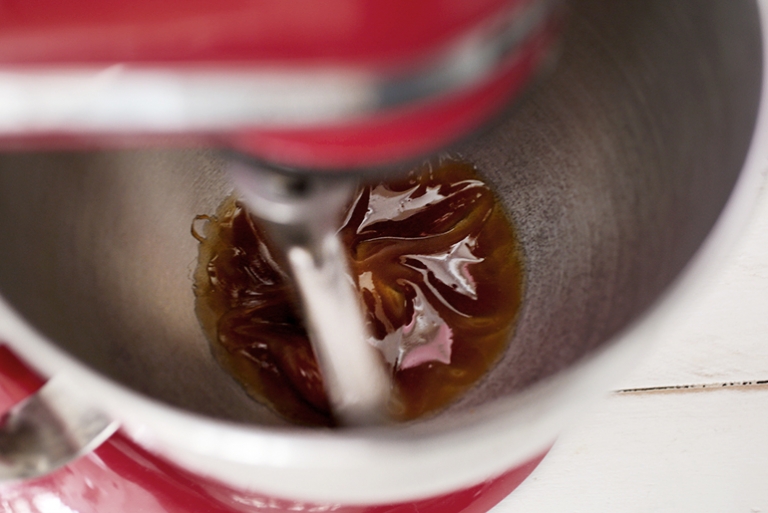 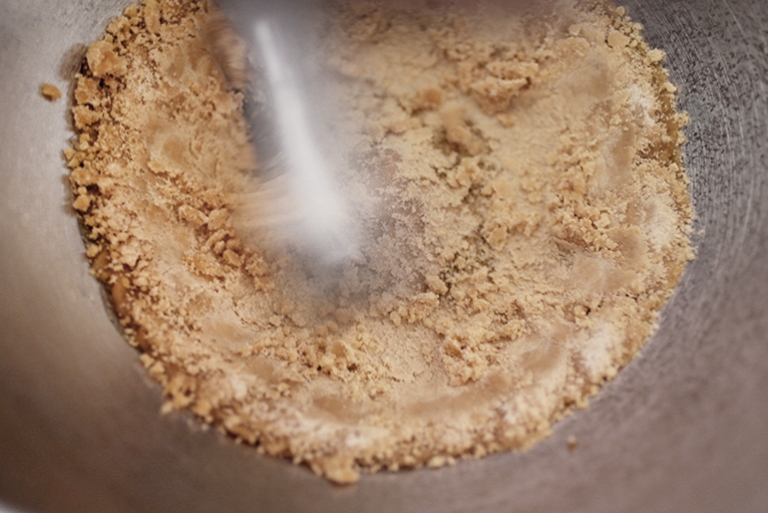 Below are the 3 batches I made. On the left is the over-done, stirred by hand batch. Middle is the most successful batch. And the right my first attempt, which turned out fine, just resulted in less sugar. (None of these had been sifted yet). Below is the recipe for the method that I found most successful/easiest to do. 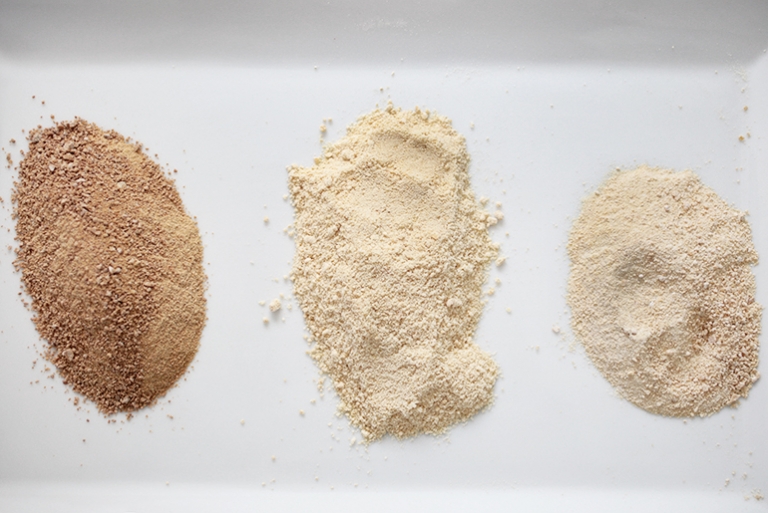 You’ll Need:
– pure maple syrup (1 cup of syrup will yield about 1 cup of sugar, so use however much you’d like)
– one large & and one small saucepan
– electric mixer with paddle attachment (I use a KitchenAid), with stainless steel mixing bowl
– digital candy thermometer
– mesh strainer

In a large sauce pan, heat an inch or two of water over medium heat. Set empty mixing bowl on top of pan to get the bottom of the mixing bowl warm, keep it over the simmering water while boiling the syrup.
In a small pan, heat syrup over medium high heat, stirring constantly, until boiling. Once boiling, you can turn down the heat some, keep it boiling though and keep stirring until it reaches between 255º-260ºF (I did mine until 257º) on digital candy thermometer. Remove from heat and pour syrup into heated mixing bowl. Place mixing bowl on stand and stir with paddle attachment on lowest speed (that’s “stir” on my mixer). Syrup will start to change consistency, getting dry and crumbly. Let it keep stirring until mixture is fine crumbs (until it looks like sugar!),  scraping down sides of bowl as needed, and mix until there are only small clumps. Pour sugar onto plate or cookie sheet to cool. Once cool, sift through a fine mesh strainer to remove any large clumps. Store in an airtight container.
Tip: Clean up isn’t too bad if you let your pans/bowl soak in very hot water for a bit before cleaning! 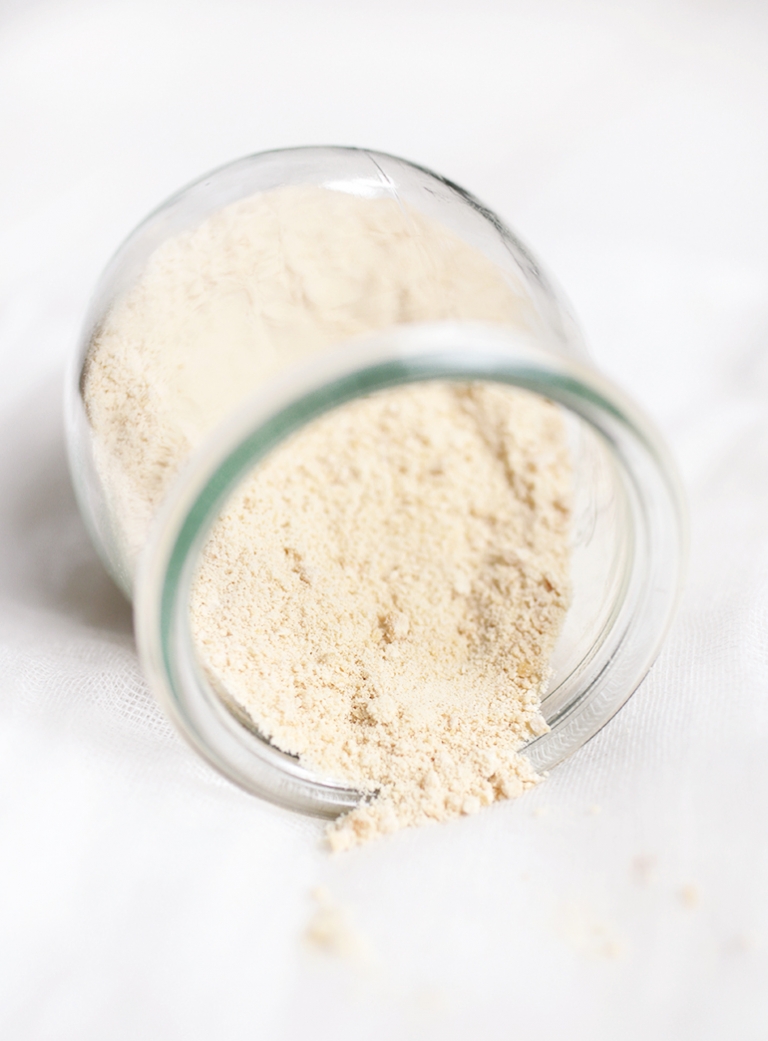 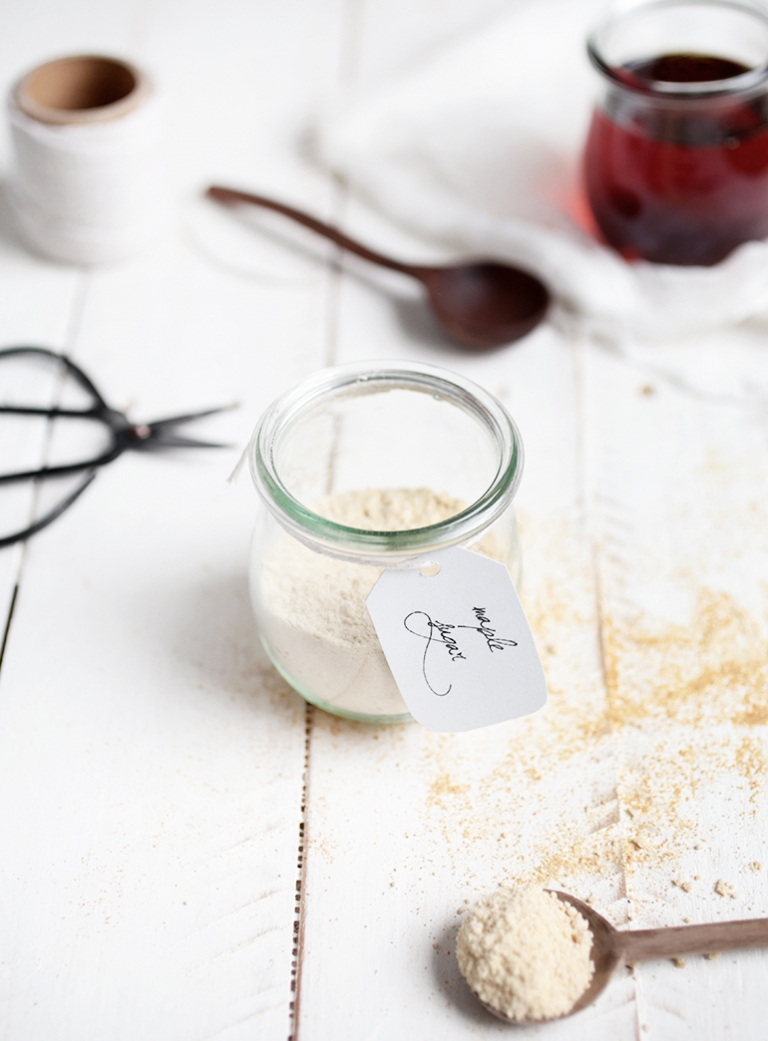 If you were designing a new kitchen, what would be

I’m standing in about the same place in both the

I’m all about the character & charm of an old ho

Just over here enjoying this clean moment for the

Cannot believe Christmas is a week away! Are you r