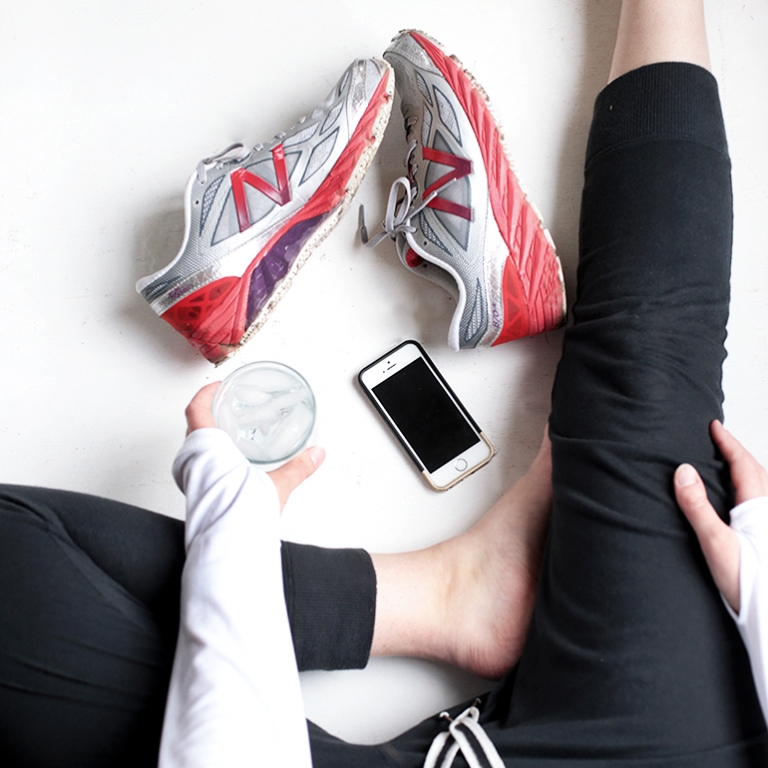 this idea
I made it through the month – wahoo!! And no-sugar January is over!! Yesterday I allowed myself a “cheat day” to indulge in some of the sweets I had been craving over the month. It didn’t go quite as planned. I couldn’t eat too much and I ended up feeling sick all night long after the little indulgence I did have – ha! Guess I did pretty good weaning myself off of sugar and unhealthy foods! I plan to keep it up throughout February – the healthy eating that is, not the indulging! 😉 I will however have some sweets from time to time, it is really hard for a baker/food blogger to completely eliminate things from my diet. I just plan on keeping those limited to very small intakes, especially as I know my body just gets so sick if I eat too much carbs/sugar/greasy foods. Blah, I know it’s for the best to be eating healthy, but sometimes it’s just such a bummer for this food-loving girl to have a body that hates certain foods so much! 😭  So here’s how my last week of the January Challenge went:

Eating: Did just okay with this – and still managed to do alright with my weight loss! I felt like I had three “bad” eating days; just eating a bit more than normal and eating more carbs than normal. I stayed strong with the no-sugar January till the end!

Active: Had another good week with this, maybe not quite as great as the previous week  (no 5 mile runs!), but I’m still running, exercising and keeping active pretty much every day!

I would say overall, I had a great month and stuck to all my goals each week! I’ve actually lost 9.5 pounds since Christmas and that feels really great! I’ve also discovered that when I’m eating healthier, I’m a lot more diligent in helping my boys to make healthier eating choices too, which is always a plus!
I feel like the things that helped keep me on track the most were these weekly check in’s on the blog – knowing I’d have to report here kept me very accountable! And then having my nieces doing similar eating/exercising plans and being able to check in with them was super helpful/fun. My husband, Mike, has also been on board with healthier eating, which made things a whole lot easier for me. It’s hard to be a lonely healthy eater!

As I mentioned above, I plan on keeping up with pretty much the same eating/activity plan, just dropping the no-sugar part. I’m a little nervous I won’t do as well without these weekly check-ins! So I may have to check in from time to time so I don’t give up! Caitlin & I are also planning on doing a Positive February Challenge with some of our family – no negative talking! Whether it’s about yourself, others, things, whatever it may be – no negative thoughts or words! In some ways, this seems almost harder than the January Challenge! 😳 (I can be pretty down on myself, not good!)  “The elimination diet: Remove anger, regret, resentment, guilt, blame, and worry. Then watch your health, and life, improve.” ― Charles F. Glassman

How about you? Did you make it through January? Anyone trying something new in February – or hoping to stick with new changes you made in January?