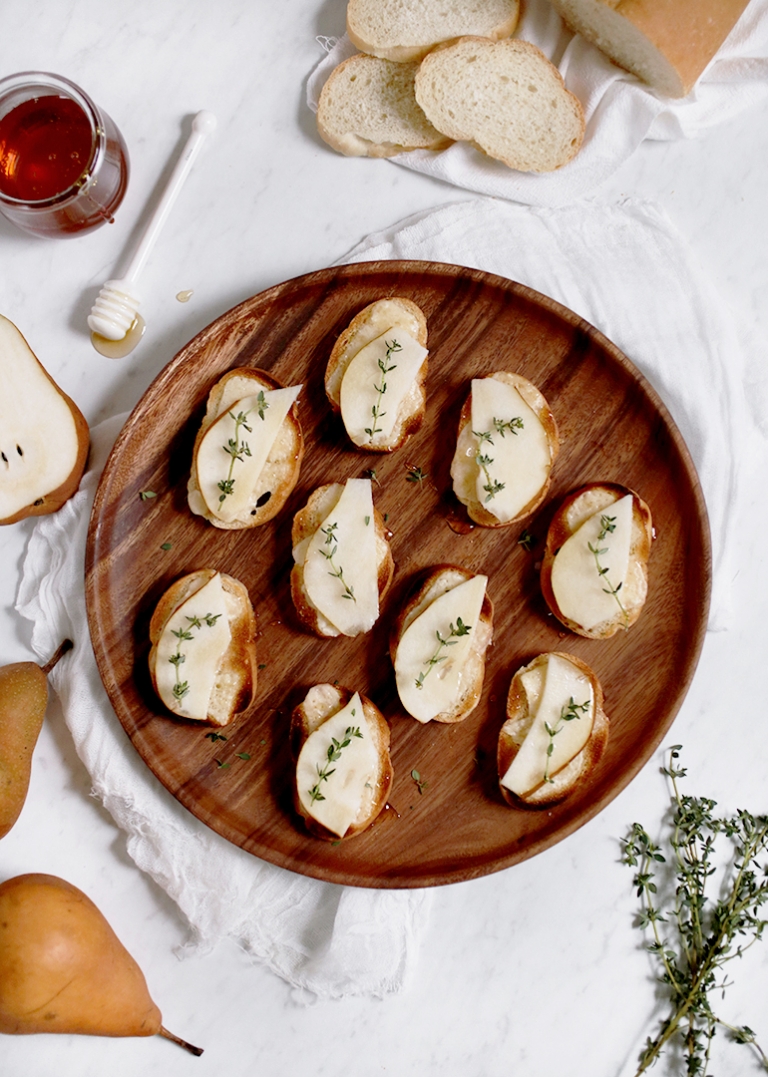 this idea
Back with another crostini recipe. I hope you enjoy these appetizers as much as I do. It’s bread + cheese + some delicious additions, how can you not?! And since bread + cheese are a favorite of mine, you can pretty much count on seeing more (& more) crostini recipes. I like to try to come up with recipes to match the seasons (either in taste or color – ha!), and these pear & thyme crostini are perfect for this time of year. A little sweetness with a hint of savory spice from the cheese. If you like easy, pretty appetizers to serve at your holiday gatherings, these are for you! 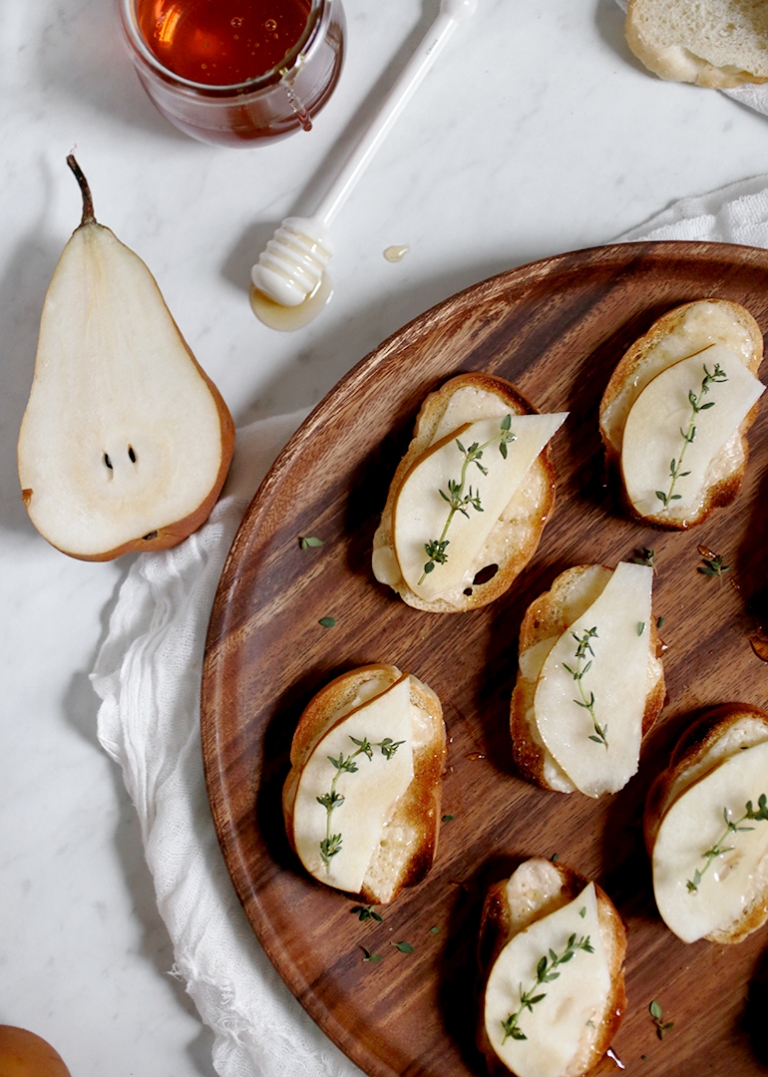 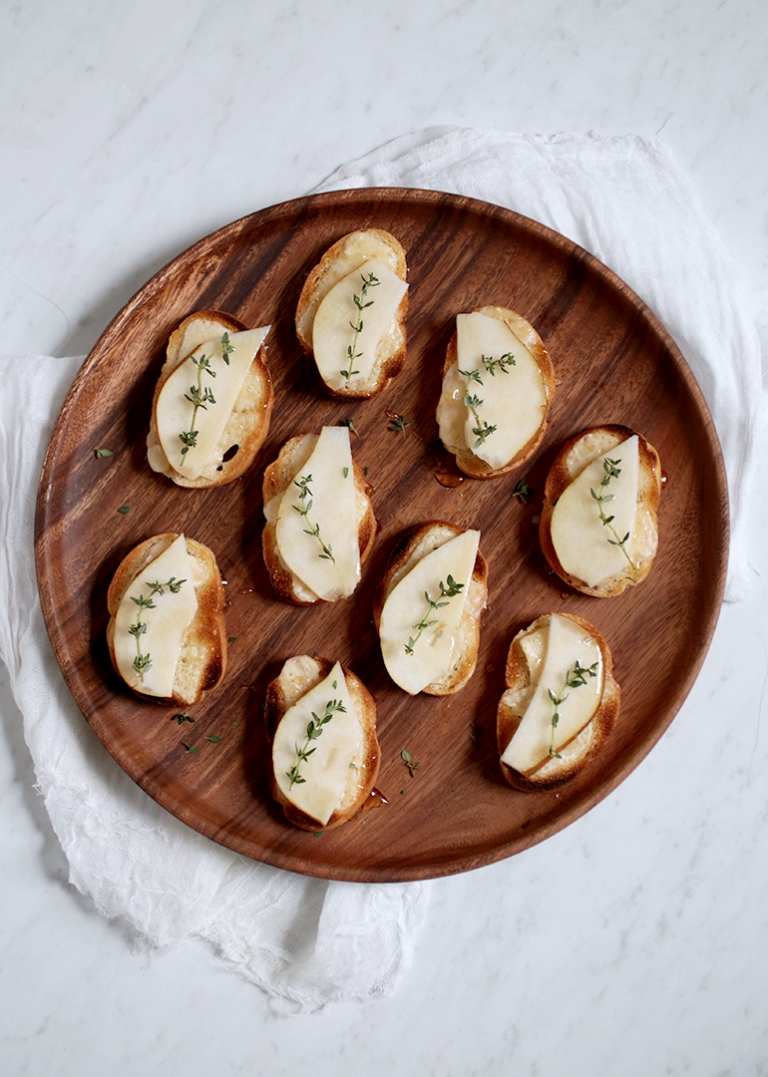 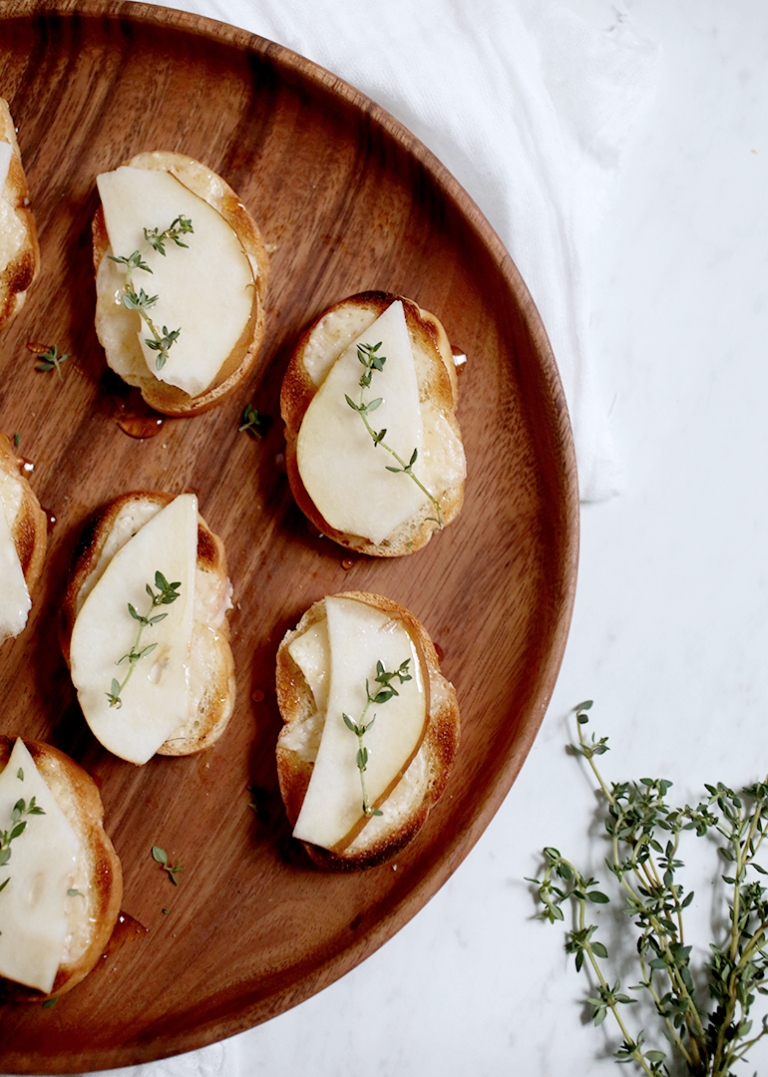 Brush each side of baguette slices lightly with olive oil. Bake under the broiler just until lightly toasted (this takes 1-5 minutes, depending on your broiler, watch it carefully). Flip baguette slices over, top with cheese and broil till cheese is melted and baguette is toasted (again, watch closely so it doesn’t burn). Top with a pear slice, thyme and drizzle with honey. Serve immediately. 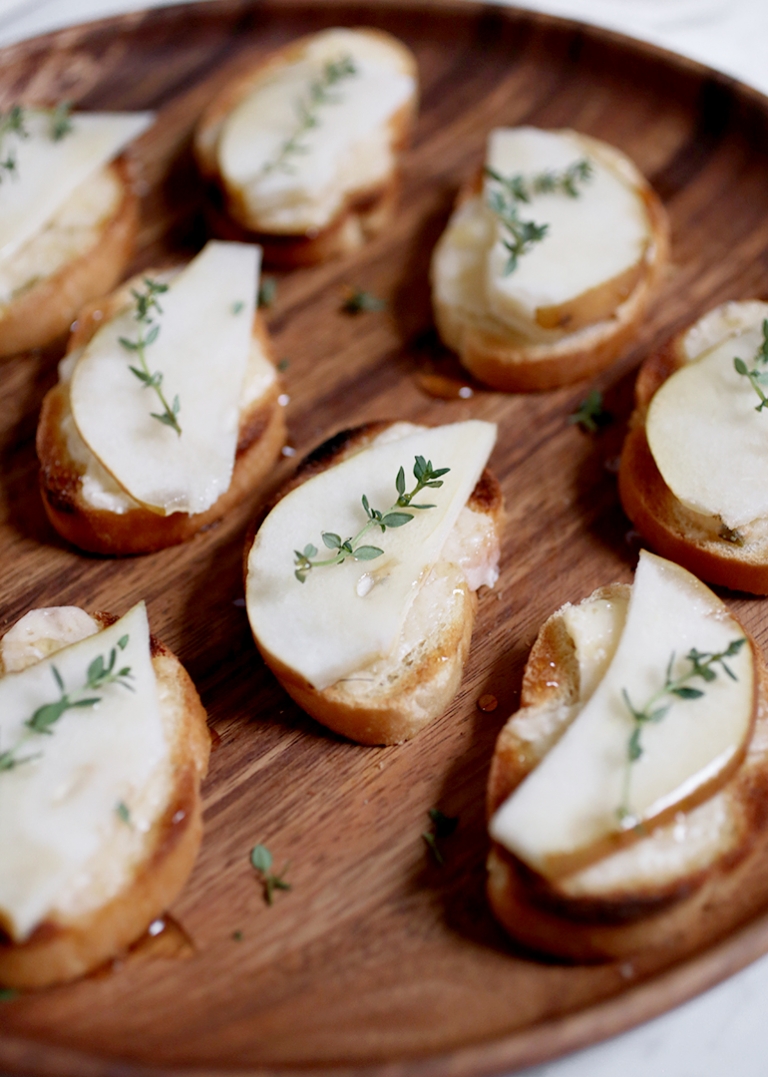