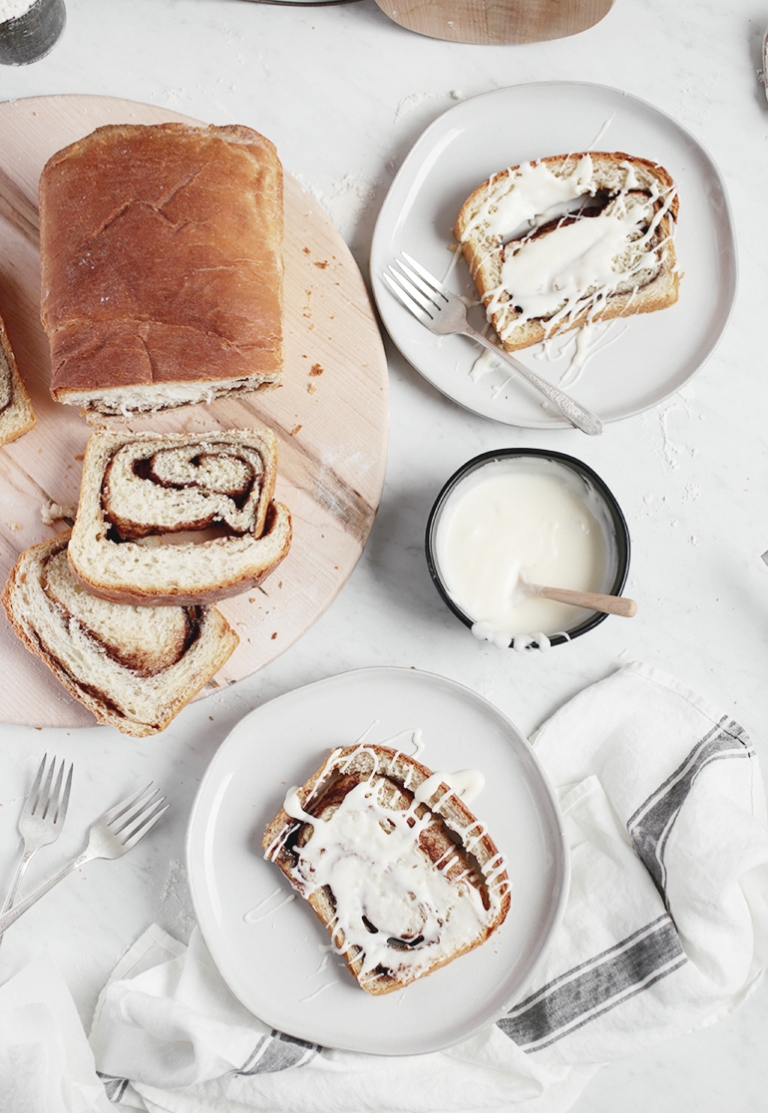 this idea
Back in high school, a friend & I would occasionally meet before school at a little diner for breakfast. Very occasionally since I’m not a morning person and hate getting up early. But this diner served the most delicious breakfast treat – warm cinnamon bread topped with a glaze, called L.A. Cinnamon Bread (no idea why it was called that), that was definitely worth getting up for! The diner closed and I forever mourned the loss of L.A. cinnamon bread in my life. Until a couple years ago when my parents told me they found another local diner serving it!! And come to find out, I guess a bakery in the small town that I was born in (what are the chances?!) makes it and sells it online. So you can actually order it and have it delivered to you, but by that point I had already decided that it was something that I wanted to try making my own version of. I’ve actually had this on my to-make list for years, but kept putting it off because it involved making homemade bread. And just when I decided to finally go for it, my mom mentioned she found it at yet another local diner – haa! 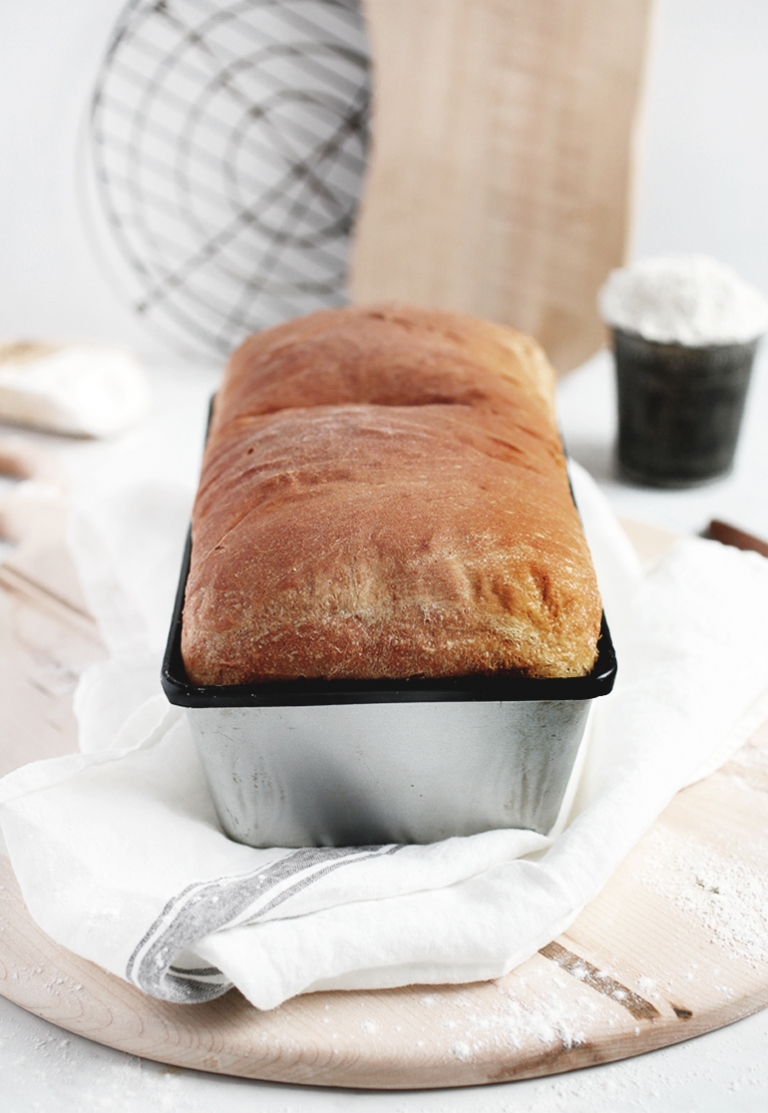 I wouldn’t call this a copycat recipe, more of an inspired by since I was just winging it based on what I could remember from high school, and it is a little different (my mom brought some from the diner so I could compare it to mine). The glaze is different, I wanted it to be more like cinnamon roll icing, and my bread also has more cinnamon sugar goodness inside it (a must!). This is like cinnamon rolls in bread form, and is sooo good – a perfect weekend morning treat! You can also just eat it without the glaze if you’re looking to have less sugar, it makes delicious cinnamon toast. For my bread, I like to lightly toast it and then top with the glaze. (And I definitely don’t use as much glaze as these photos show – I just needed it to be nice and thick and visible for shooting!). 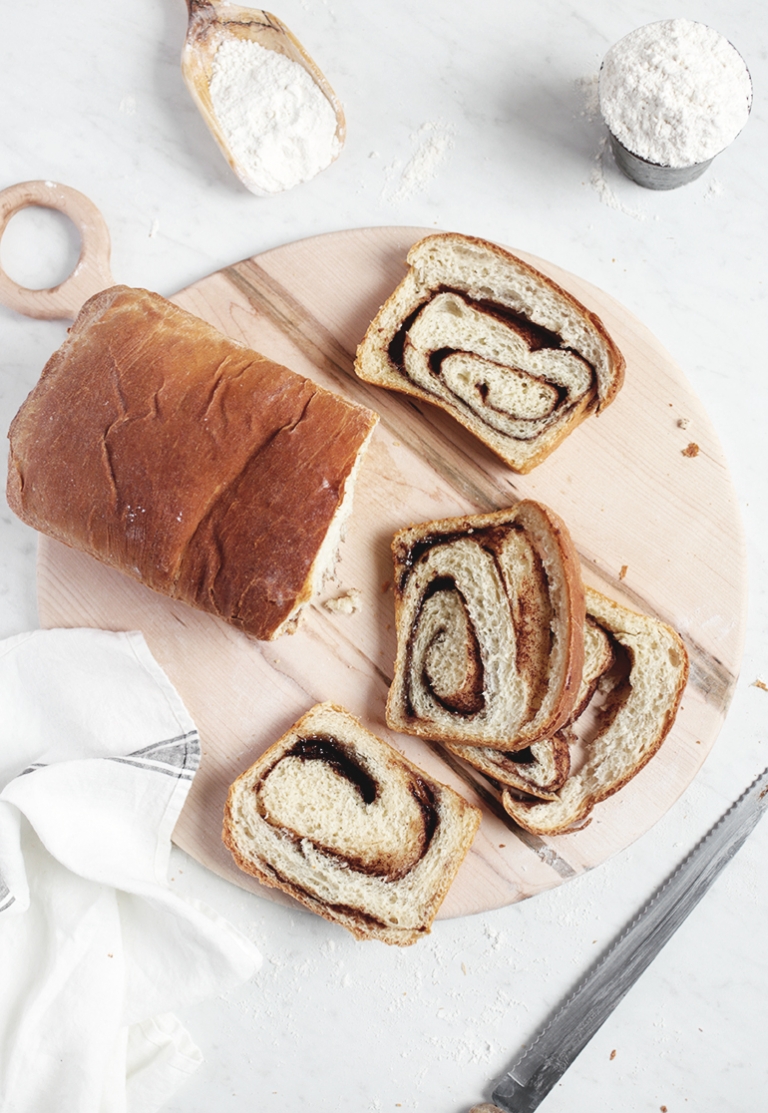 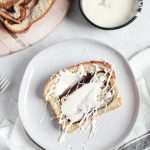 Course: Breakfast, Brunch, Dessert
Ingredients
Dough
FIling
Cream Cheese Glaze
Instructions
For the Dough:
For the filling:
For the Glaze: 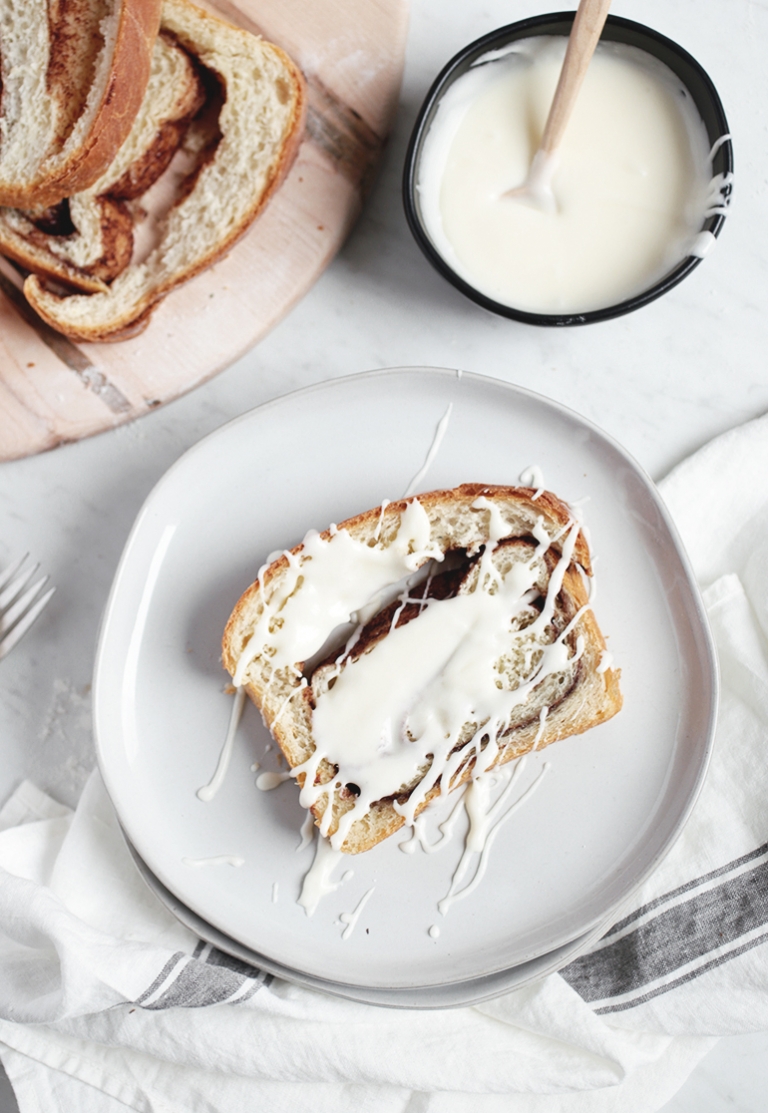 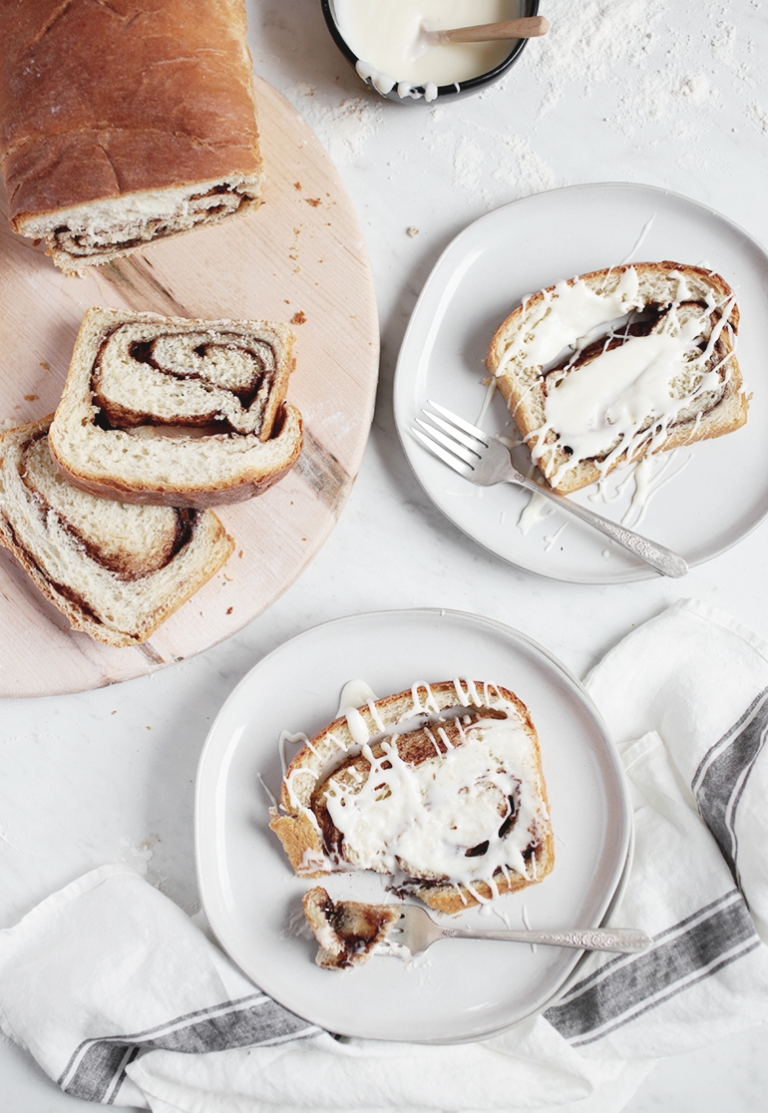 If you’re hungry for a few more delicious breakfast treats, a couple of my favorites you should try are these Homemade Cinnamon Rolls or these French Breakfast Puffs!

« How to Paint Kitchen Cabinets
How To Make DIY Painted Pillows »

Who else has spent way too long looking for the *p