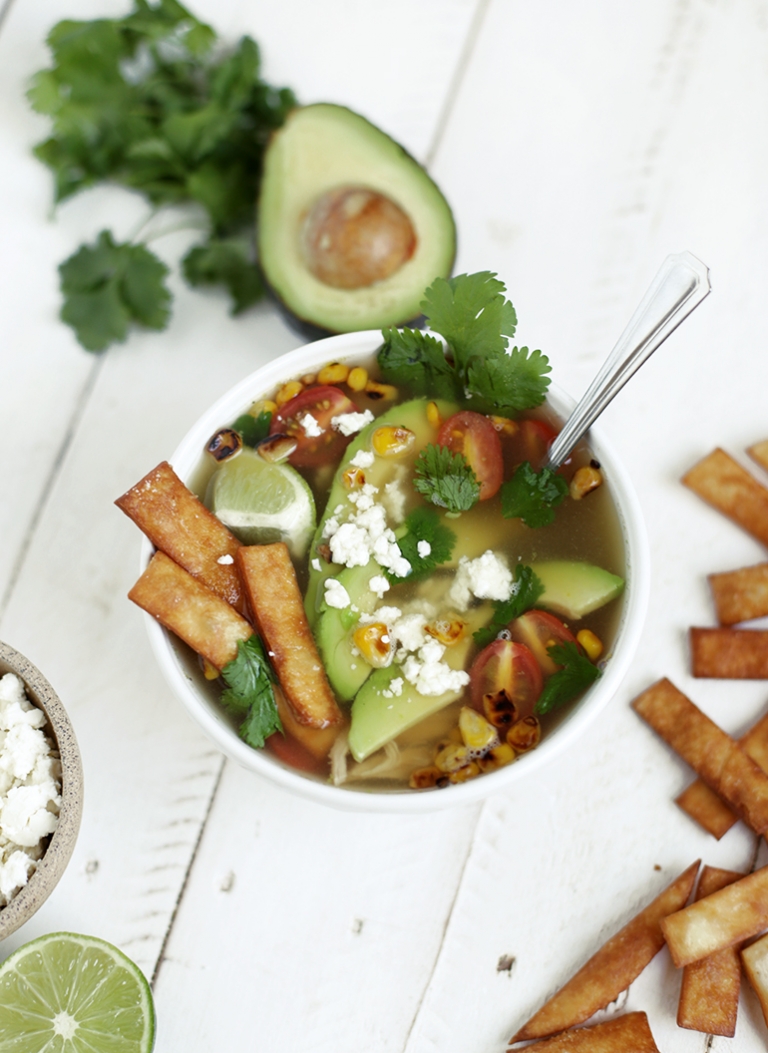 this idea
Every time I go to Nashville, going to Mas Tacos is an absolute necessity. The more times, the better – I would go for every meal. Their chicken tortilla soup is to. die. for. I saw a few recipes online that people said were amazing so I wanted to give it a try making some at home since I don’t know when I’ll get back down to Nashville. This may be the most intense recipe I’ve ever made… although that isn’t saying too much, so don’t be scared off yet. But this is completely worth the time to make – so, so good!! 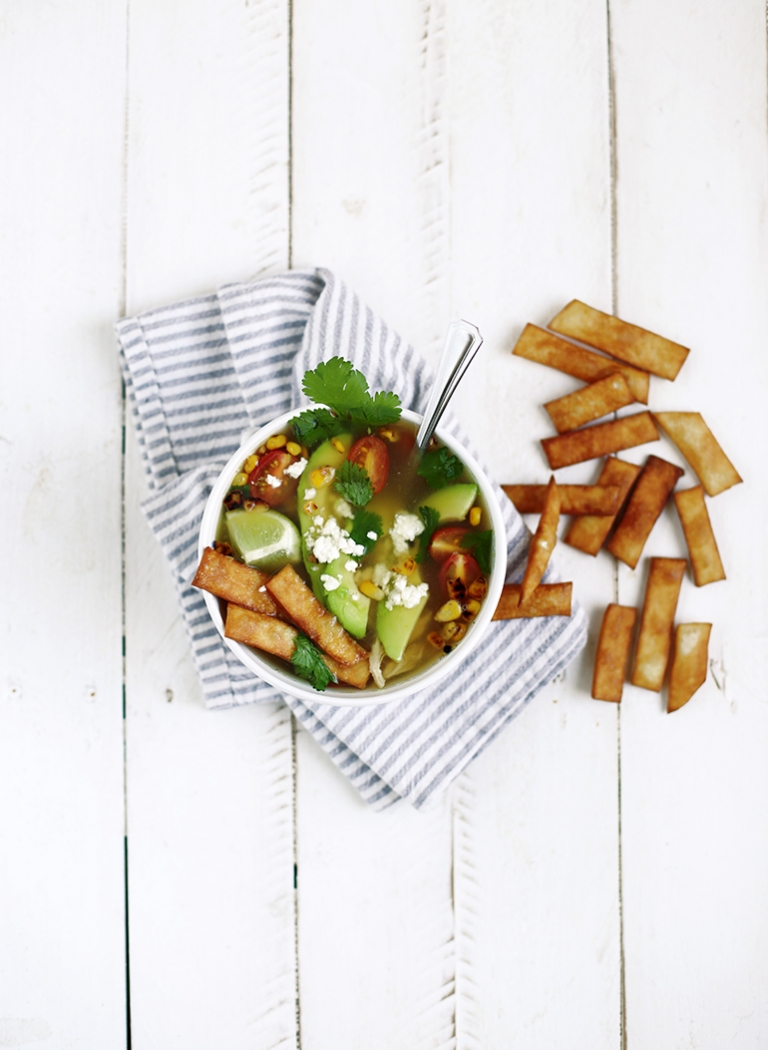 2 cups frozen corn, thawed (since there is sadly no corn on the cob around here currently.)

1. Bring chicken, onion, carrot, garlic, chipotles, jalapeño, and 16 cups water to a boil in a large soup pot; skim foam from surface. Reduce heat to medium and simmer, continue to skim the surface throughout, until chicken is cooked through, about 45 minutes.
2. Transfer chicken to a plate.
3. Strain broth into another large pot. Discard remaining solids.
4. Shred chicken meat and set aside.
5. Set pot with strained broth over medium heat, and add cilantro sprigs. Bring broth to a simmer; cook until reduced to 8 cups, about 45 minutes. Discard cilantro sprigs. Stir in 3 tablespoons lime juice. Season with salt and pepper.
6. Add chicken to broth.

STEPS 1-6: I made this part the night before and covered and kept chilled until the following day. Can be made up to 2 days ahead.

7. Pour oil into skillet to a depth of 1″. Heat over medium heat. Work in small batches to fry tortilla strips, turning occasionally, until crisp and golden brown. Using a slotted spoon to transfer to paper towels to drain. Season with salt.
8. Cook thawed corn kernels in a large skillet over high heat until charred in spots.
9. Rewarm broth with chicken. Divide soup among bowls. Top generously with corn, tortilla strips, cilantro, tomatoes, avocado, queso fresco, and an additional lime wedge. 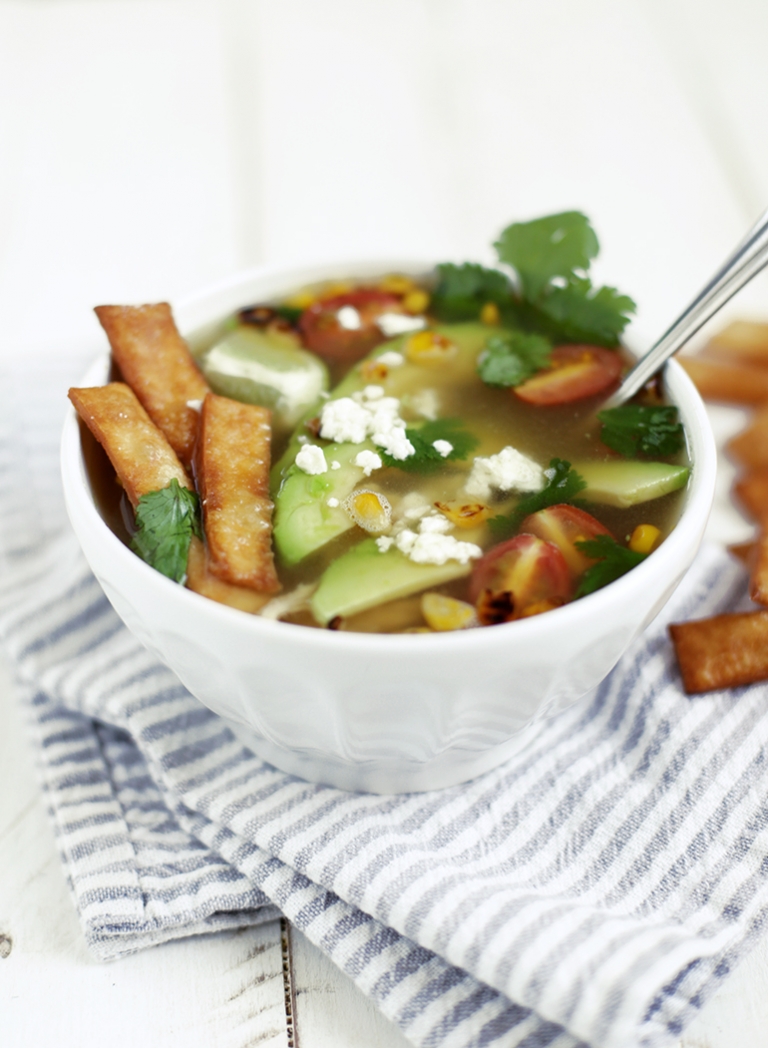 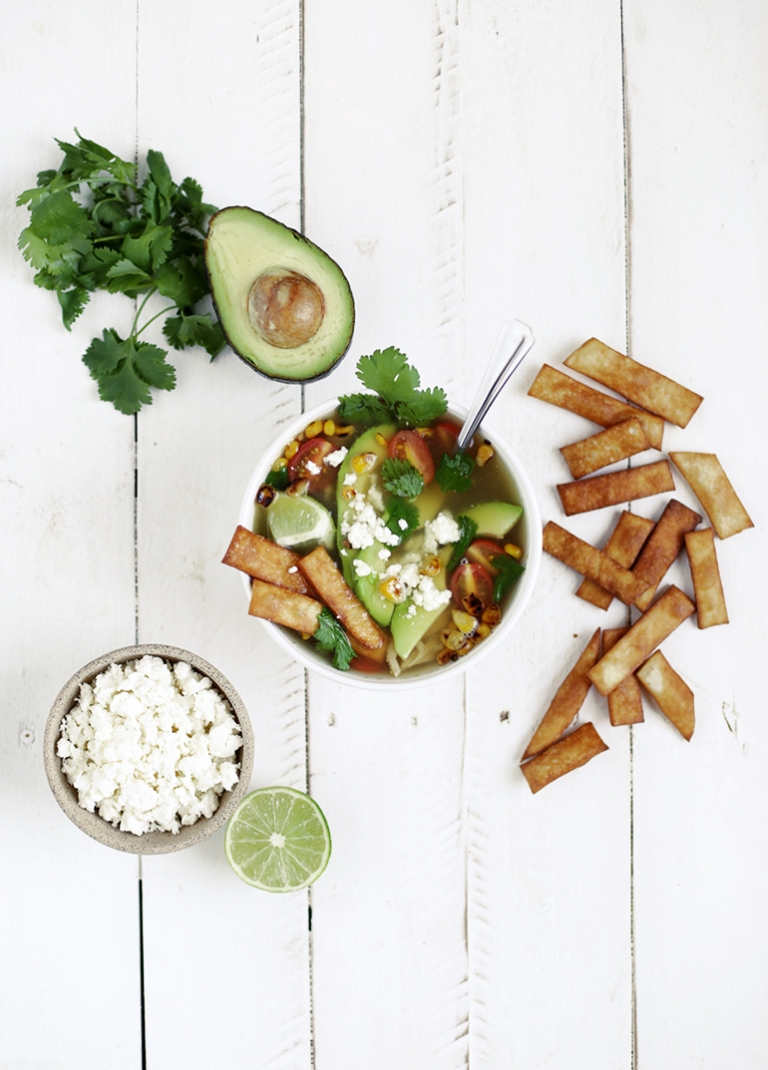