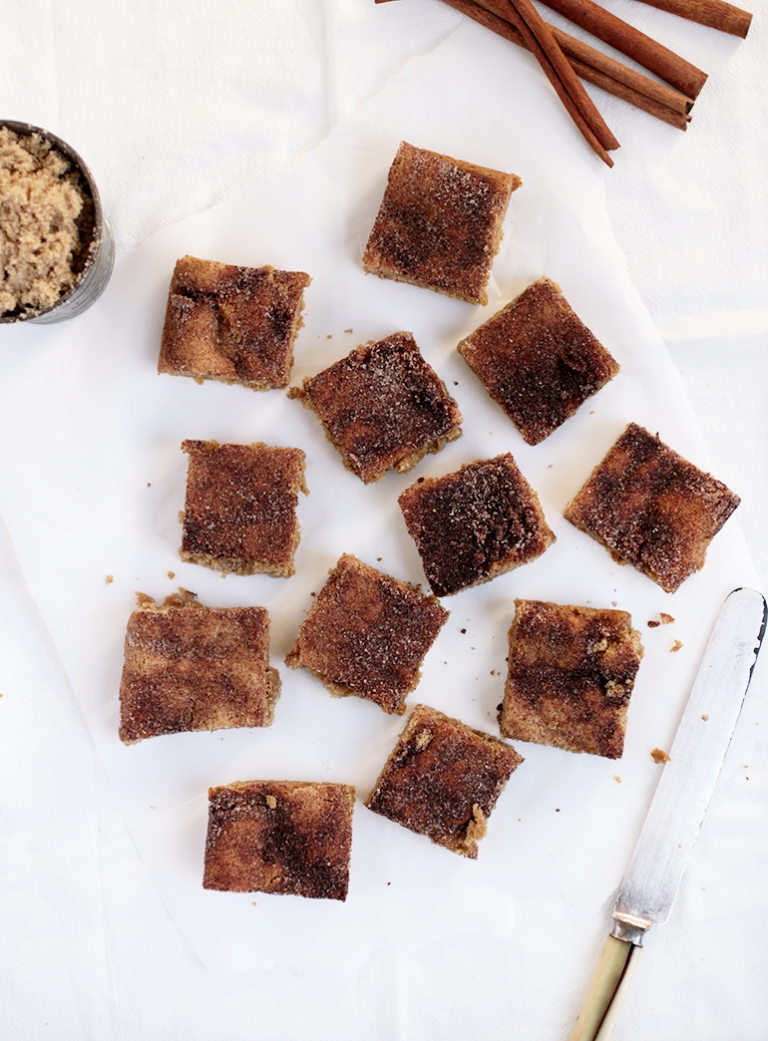 Lately my recent ingredient obsession has been cinnamon; I’m always craving it and trying to find recipes that let it shine! I blame it on a delicious drink I had at a coffee shop a few weeks ago when I was visiting my little sister (and new niece!), it had cinnamon in it and was sooo good. Plus this time of year really just makes it seem like cinnamon should be in any & every thing we eat & drink! And these blondies are a perfectly delicious, cinnamon-y treat – it’s a snickerdoodle cookie in brownie form! 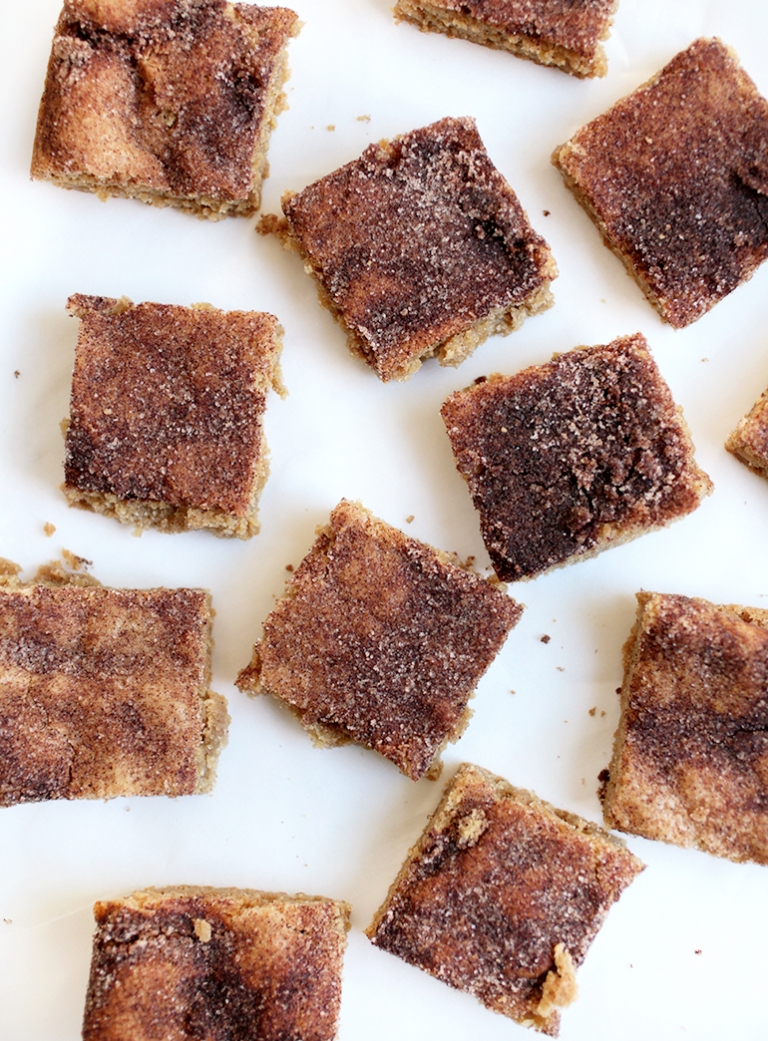 In a medium saucepan, brown the butter over medium heat. Let cool to room temperature (you can place in a mixing bowl and mix on low speed to help with the cool down).

Press dough into the prepared pan. In a small bowl, mix together the granulated sugar & cinnamon. Sprinkle cinnamon-sugar mixture over top of dough in pan. Bake for 22-26 minutes, or until center is just set. 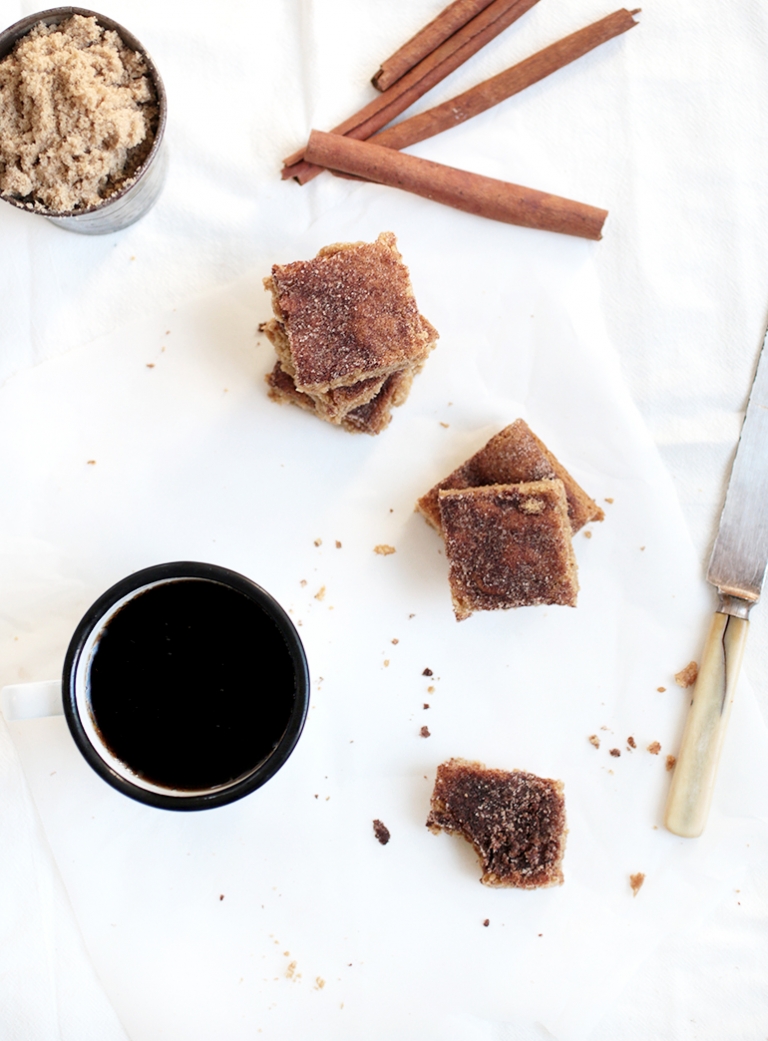 They’re perfect in the morning with a cup of coffee…just sayin’! 😉

A favorite cinnamon recipe of mine were these Saigon Cinnamon Chocolate Pops – the cinnamon ice cream is amazing (and can be eaten just as is, without making into popsicles)! I highly recommend trying that if you’re a cinnamon lover!