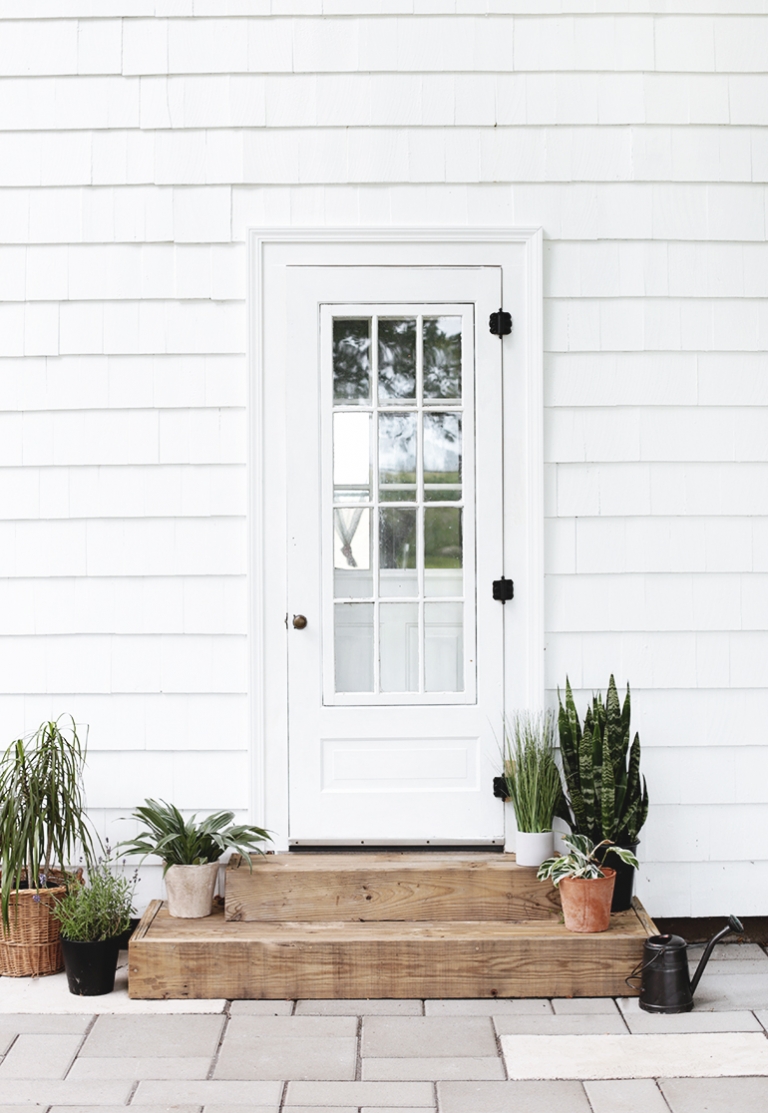 this idea
It’s hard to believe that it’s already August and summer will be winding down in another month! How does time go by this fast?!! (Although when I’m listening to my boys fighting with each other, I’m like why is it taking so long for school to start again! Ha!). I have a few more patio projects that I need to share before summer winds down; although I’m thinking we’ll be getting just as much use of it in September & October because it will actually be cool enough to want to be outside!
One of the things we’ve gotten comments and questions on are the steps we have on the patio…so I thought we’d share how we made them! The original steps we had coming out of the back door were pretty small, only the width of the door frame (you can see them in the before picture on the patio reveal post). And I knew from years of going in and out on those that I wanted something a little wider and deeper so it would be easier getting in and out. And I needed room for some plants of course! 😉 So I gave Mike the basic design of what I was looking for, and he whipped up these steps! Our steps are actually made from some reclaimed lumber that he had left over from a project, but the directions are written up for lumber you buy at the store since we figured most people wouldn’t be working with old lumber (we just had more measuring and cutting to do). These steps are not connected to the house or patio at all, they’re really heavy and the weight of the steps is enough to keep them in place. (I did want to share a couple photos of the steps away from the side of the house so you can see how they look, but it started down pouring, so I’ll have to try to add that later!). Our steps do not have a finish on them right now. And just a note for those that are wanting to add a finish to your steps – with pressure treated lumber, you’ll need to let it dry out for a while, from a few weeks to months depending on weather and condition of the lumber. 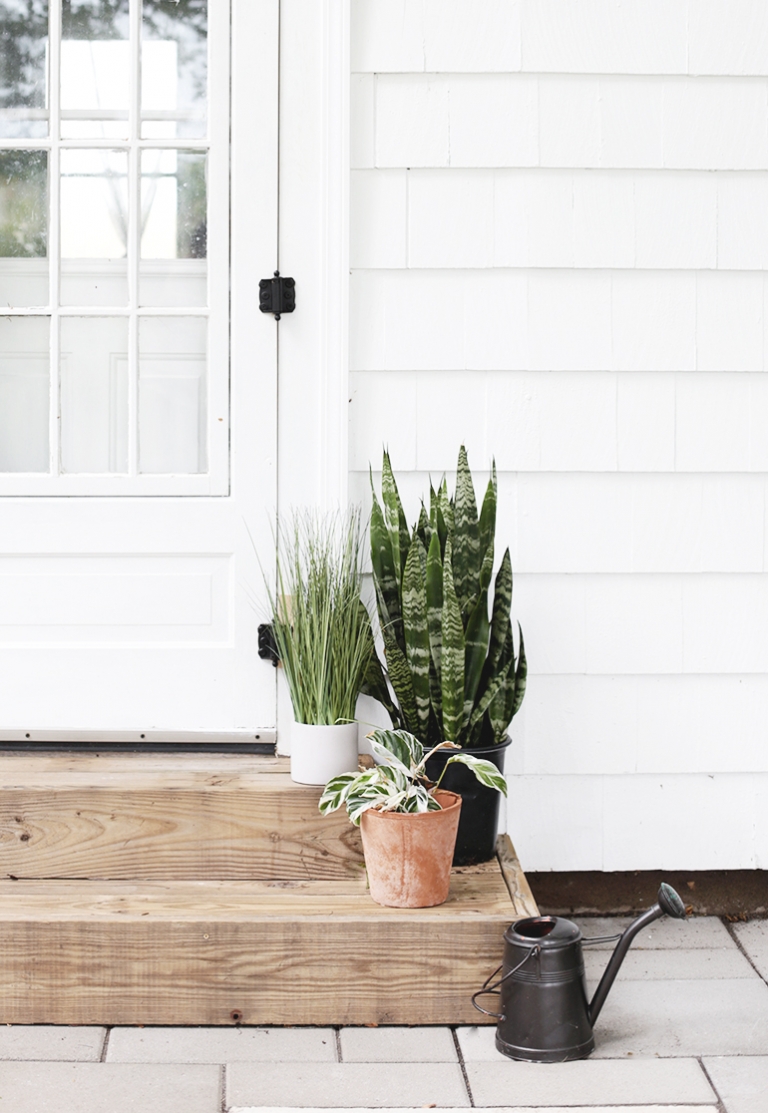 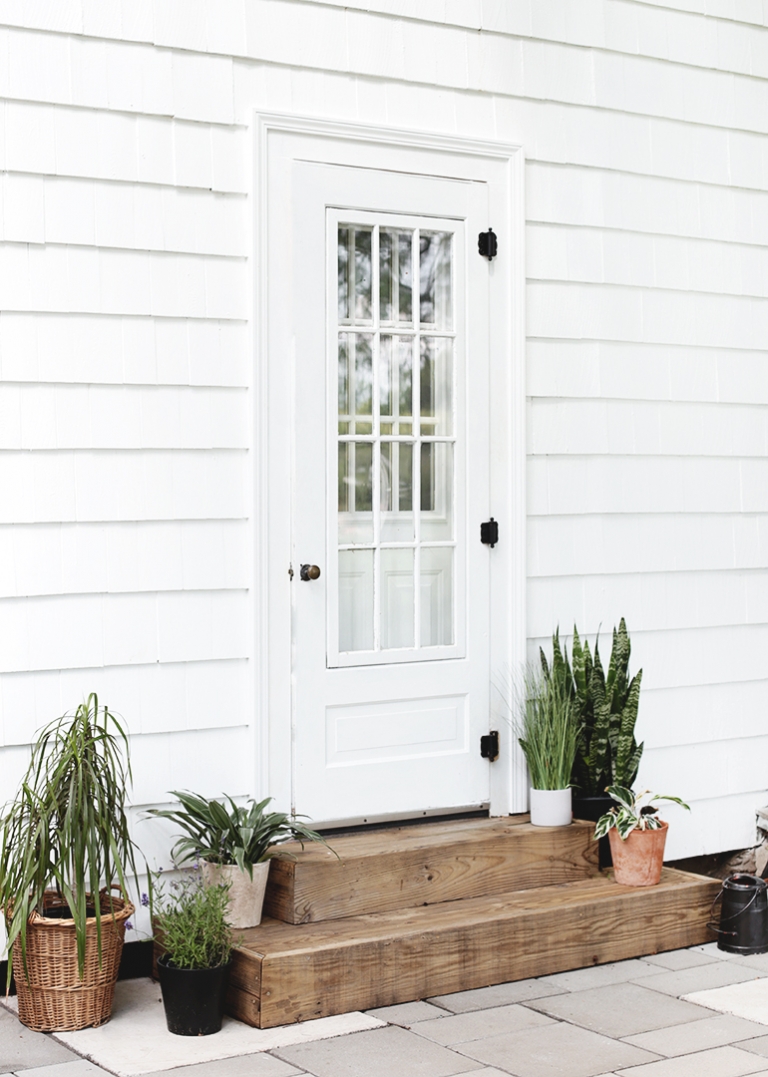 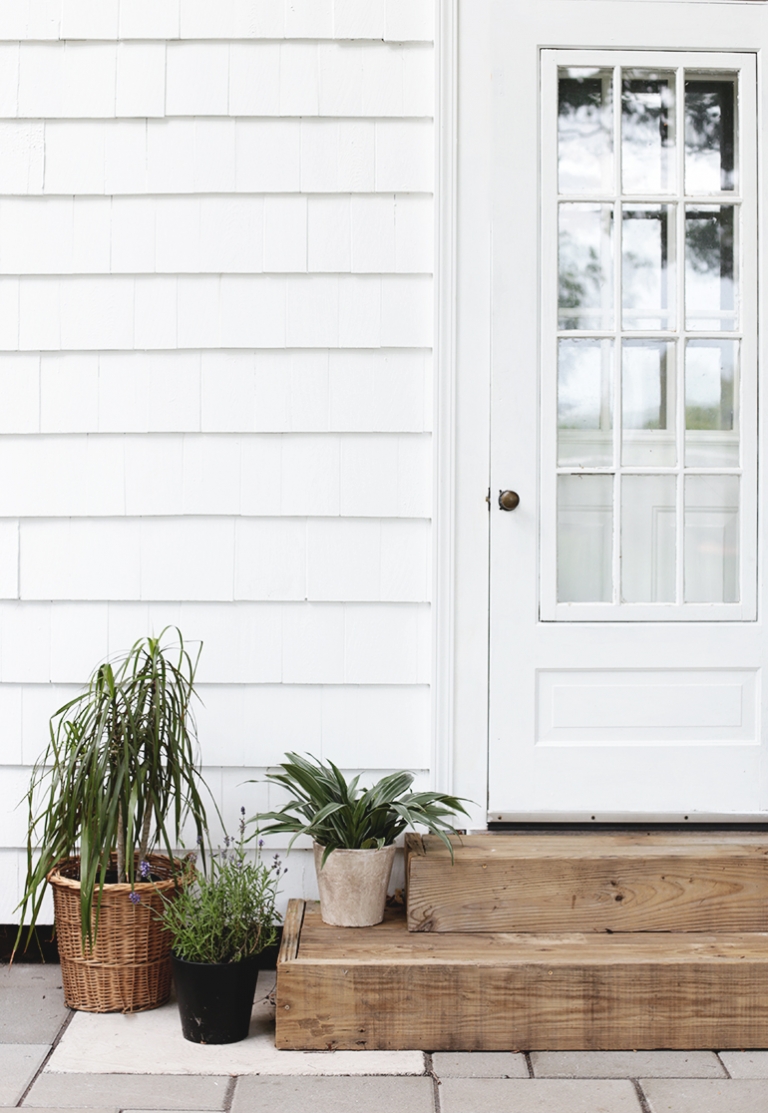 Measure 24” from the point of the angle on the cut off piece that is left over and setting your saw back at zero degrees cut the board at this point.

Using the cut off piece, cut a 45 degree angle on the square end. Measure 24” from the point of this angle and cut off setting your saw at zero degrees.

On the piece that is left over, cut a 45 degree cut on the square end; measure in from the points on each end of the board 12-3/4” and cut off square with the saw set at zero degrees.

Attach the two 22-1/2” pieces using 2-1/2” screws perpendicular to the back side of the 67” board coming in 22” from each end of the board for a center line to attach the boards; keep the bottoms of the boards flush.

Attach the 11” piece using 2-1/2” screws perpendicular to the back side of the 45” board coming in, centering it on the back of the board; keep the bottoms of the boards flush.

Set steps right side up and set in place.

(If you’re wanting to add finish to the steps, you will need to let the wood dry out – anywhere from a few weeks to months depending on weather and condition of the lumber). 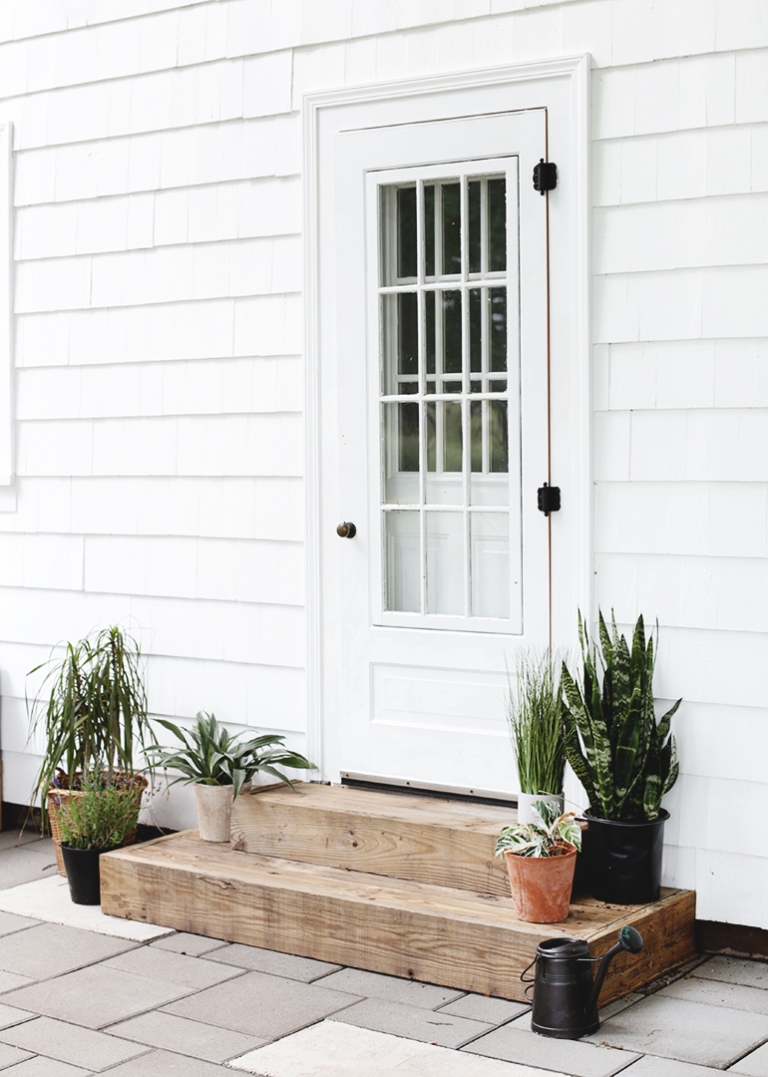 For more patio inspiration check out the Patio Reveal and the Patio Chair Makeover!