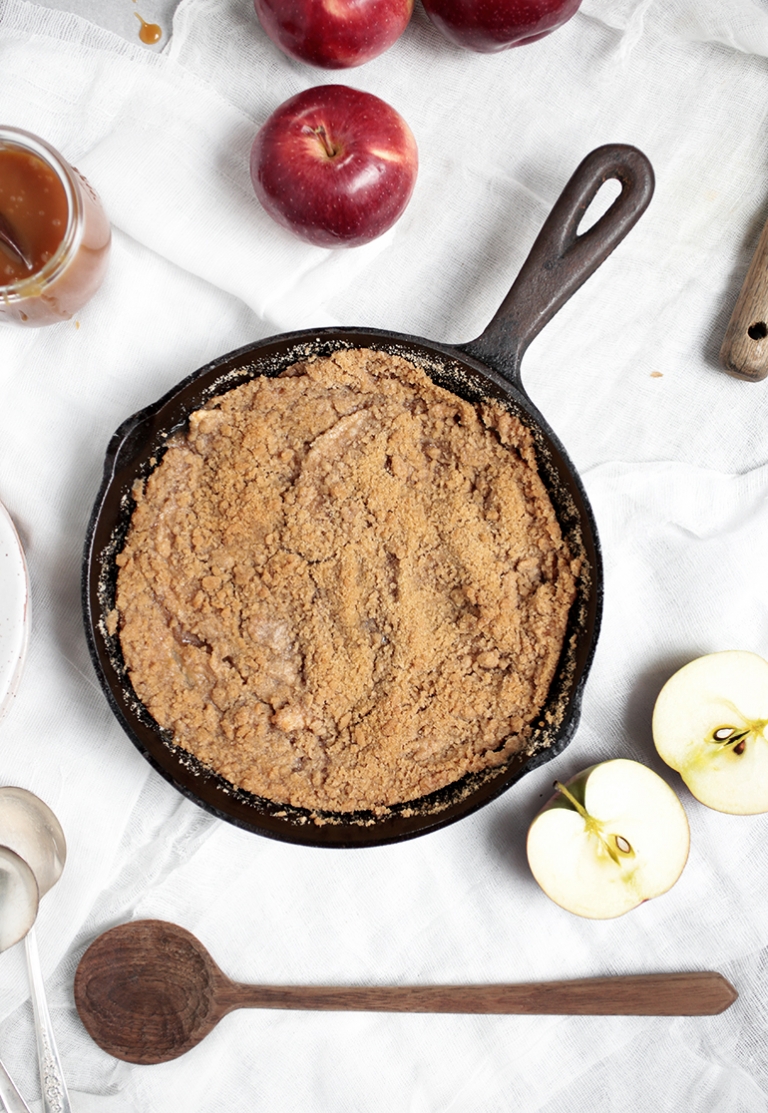 this idea
This recipe is a fall favorite in our house, but also happens to be Mike’s favorite dessert, so we enjoy it throughout the year! I love that it’s relatively quick & easy to make – it’s apple pie but without having to deal with the crust! When we were first married, I spent months trying to get the recipe just right for him, he loves him some brown sugar. Over the last year or so, I’ve played with the recipe a little more, seeing if I could put a little less sugar in, but still have it be delicious. So this latest version still has Mike’s approval as his favorite dessert ever, but has a little less sugar. It’s still by no means healthy, at all. It’s dessert, it’s sugary & delicious, but now just a little less sugary. 🙂 And I think it’s perfect severed warm with some vanilla ice cream and salted caramel sauce drizzled on top! 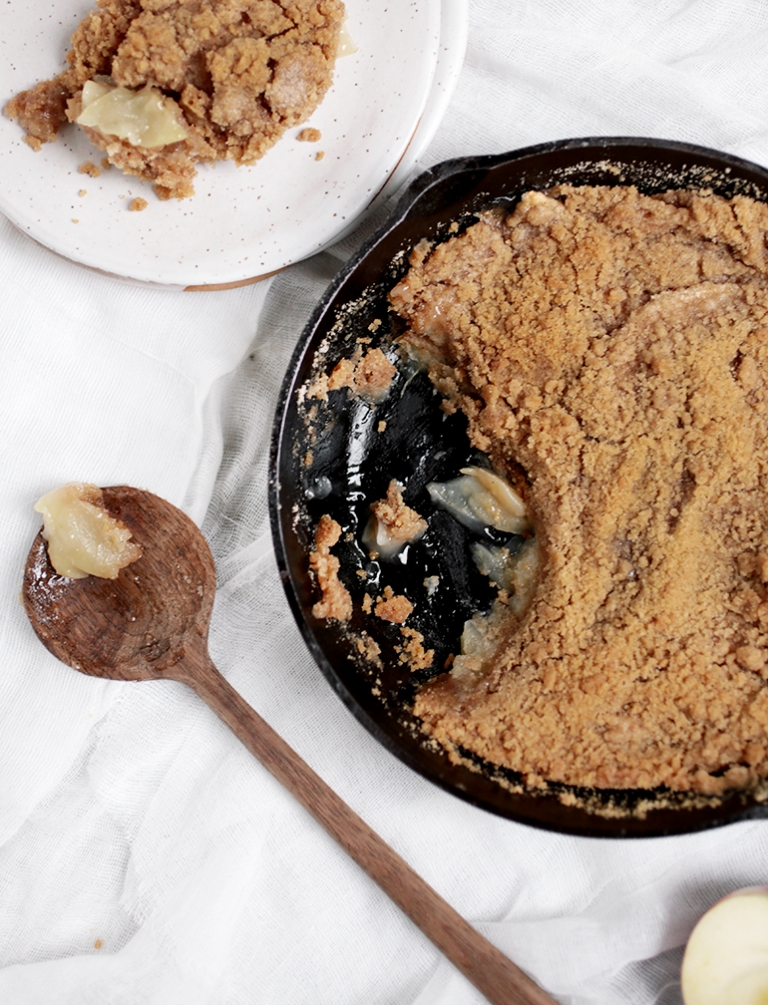 Preheat oven to 350º. Grease an 8 or 9-inch baking dish. (Or use a cast iron skillet). In a medium bowl, combine apples, flour and sugar. Mix until apples are thoroughly coated. Arrange apples in bottom of prepared baking dish.

In a medium bowl (I use the bowl that I mixed the apples in, don’t even bother to clean it!), stir together brown sugar, flour, cinnamon & salt. With a pastry blender, cut in butter until mixture is crumbly. Spread topping over apples in an even layer. Bake uncovered for about 40 minutes, or until topping is golden and apple mixture is bubbly. Serve warm with a scoop (or two) of ice cream and salted caramel sauce. 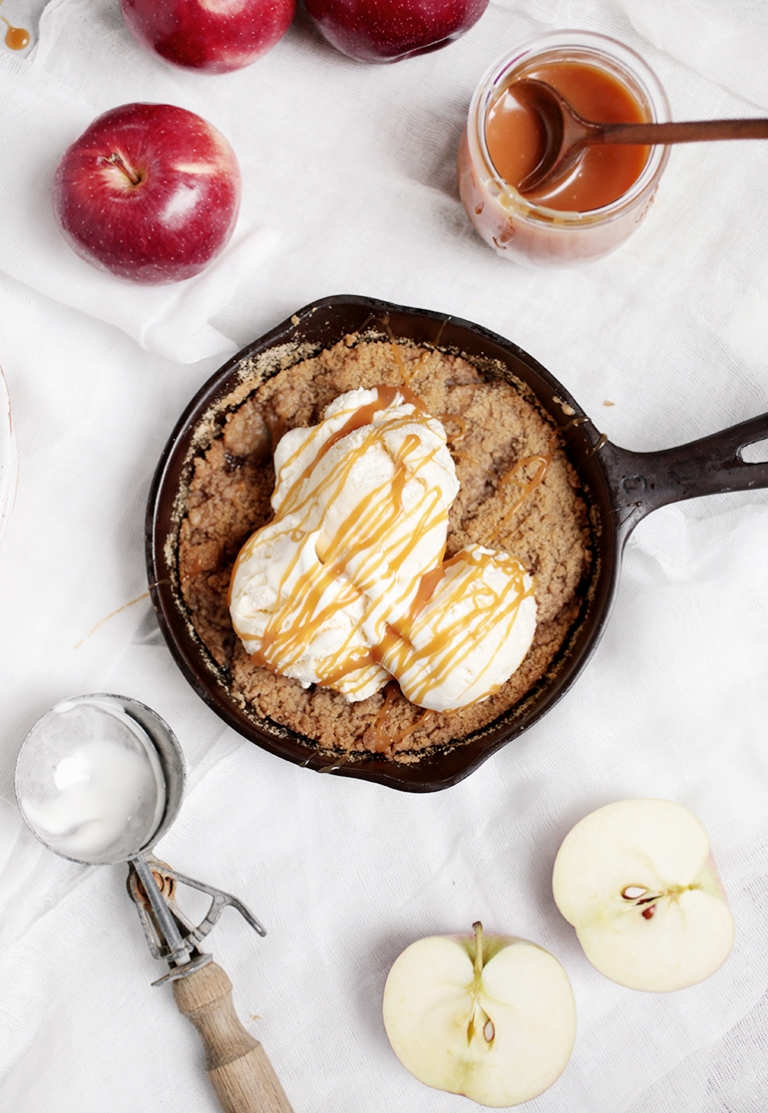 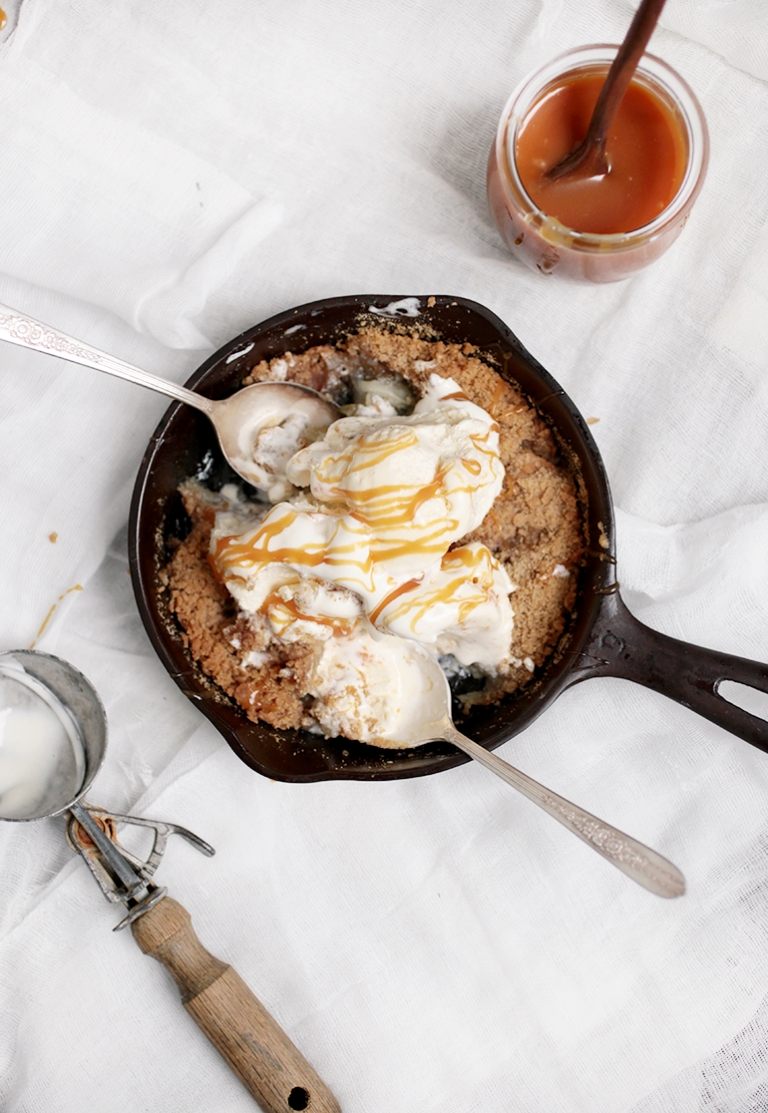