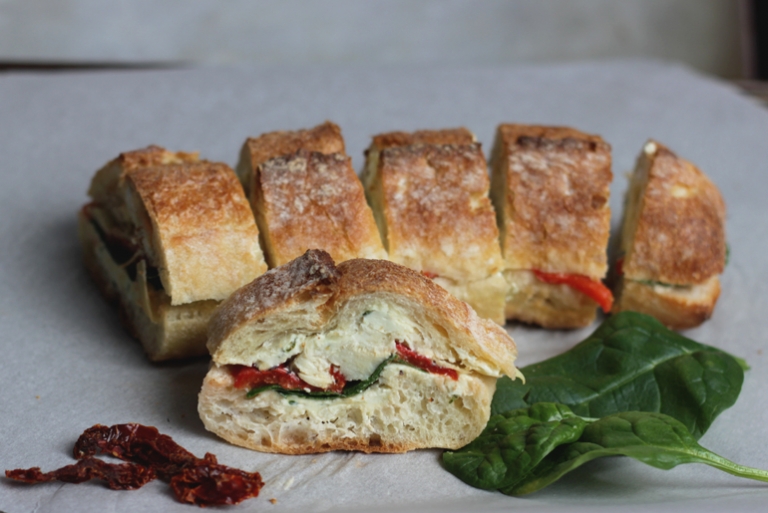 We’re now in the final countdown to Super Food Sunday. Some might refer to it as Super Bowl Sunday. Not us.  I’ve been hosting a small Super  Food Party since Mike and I have been married.  It’s just a way for Marla, Caitlin and me to get to sit around and be gluttonous with our favorite appetizers and desserts.  The Super Bowl is the excuse we use for such an occasion. (Actually, at this very moment as I’m typing, I have no idea who is even playing in the Super Bowl. I need to send out an email invite to a few people though – so I’ll probably be looking up that info soon and be well informed shortly!)  But you better believe I already have my menu for that day started! 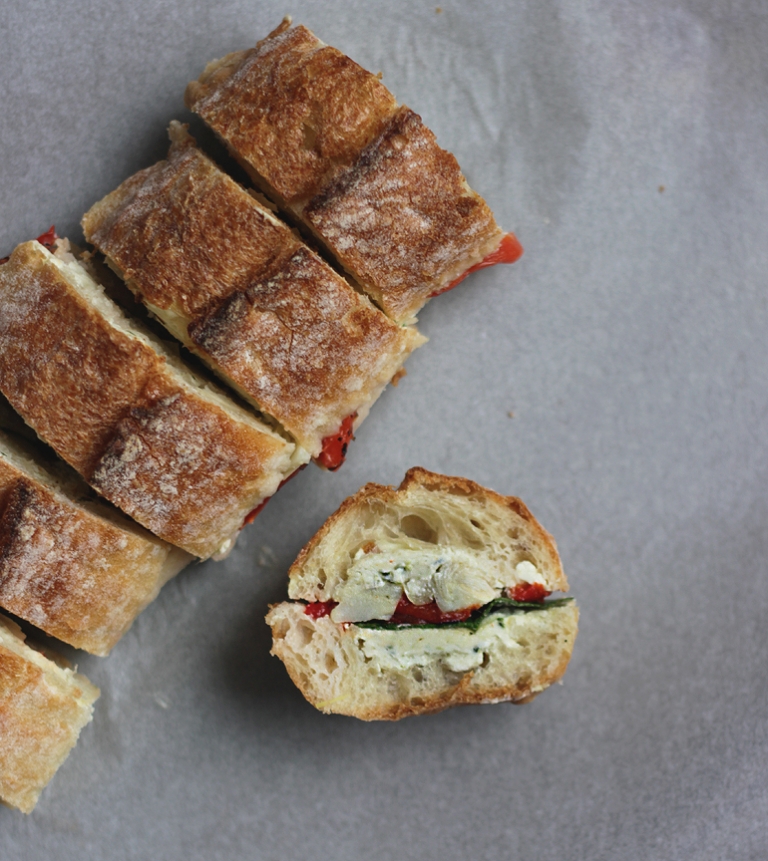 So just in case you’re anything like us and are using the big game as an excuse to eat good food, I’m sharing a couple more good appetizers this week.  This antipasto loaf is a good option for the menu, especially if you have any vegetarian friends coming over.  (And if you don’t, it might be a good idea to throw some bacon in, just sayin’…).  It’s yummy, filling and easy to adapt to suit your taste.  It’s a little bit messy when eating, that filling tends to squeeze out with each juicy bite – but it’s oh so good and worth it! 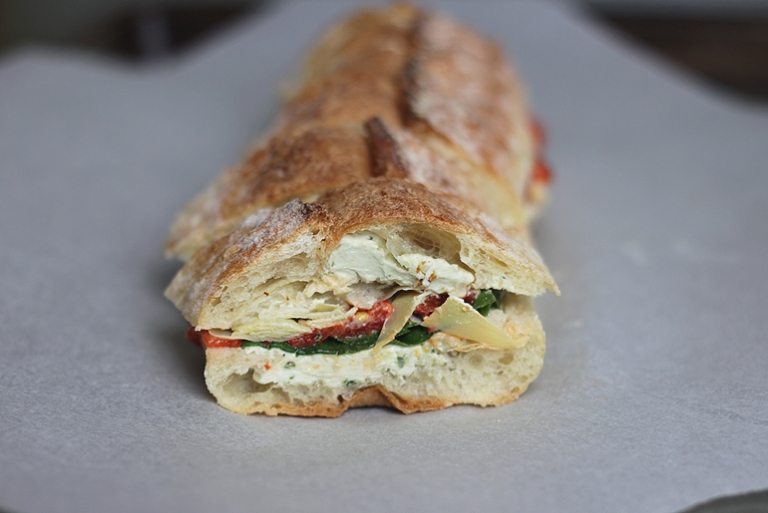 Cut baguette lengthwise in half. If the baguette is very bready (like French bread) remove some of the soft insides from both bread halves. I used a ciabatta baguette, which has more of airy inside, so I didn’t really need to remove a lot the insides. You just need enough removed so the fillings can sit down in without spilling out everywhere.
Mix softened cream cheese and pesto; spread onto insides of bread shells. Sprinkle parmesan cheese over cream cheese mixture. Fill with peppers, artichokes, and spinach. You can adjust fillings to your taste.
Reassemble baguette; wrap tightly in plastic wrap. Refrigerate 1 hour. Cut into slices and serve.

Substitute your favorite fillings like: sun-dried tomatoes, olives, arugula, bacon. Sandwich can be stored in refrigerator up to 4 hours before serving. 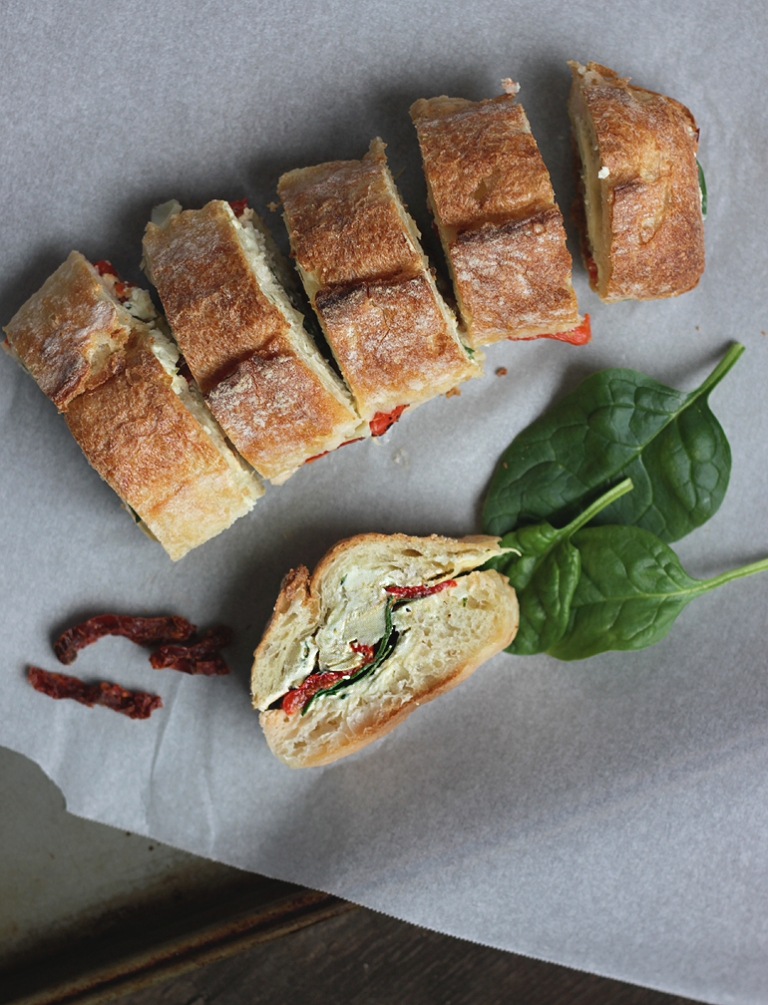 We’re a bit appetizer obsessed around here, so if you’re looking for more inspiration, you can find some tasty appetizers here. And be sure to follow along on Facebook and Pinterest to see all the latest goodies.