This year for Halloween, Marla and I thought it would be fun to have our kids all dress up like Star Wars characters. Right now, the boys are obsessed with Star Wars. We can blame our brother, Craig, for getting the boys hooked on it.  When he comes home to visit, he’s always a good uncle and spends lots of time playing with the boys.  One of the things they love to do is listen to old records – specifically the Star Wars sound track.  Craig makes up stories about the all the characters while they listen and the boys love it!  He got Malacai the Lego Star Wars DVD for his birthday and they watch that all the time.
It seemed pretty easy to pull off the characters with our set of kiddos – one girl and lots of boys. A little confession though – neither Marla or I have ever seen the Star Wars movies! I have seen clips from it, but have never sat down and watched a whole movie. I have that on my to-watch list though. Malacai keeps begging to watch the “real” movie, so I need to watch it and see when I think he’ll be old enough to watch. So hopefully soon, I’ll be able to say I’ve at least watched one. (There is more than one, right?)
Unfortunately, Fabienne has had a bad case of the croup the last few days and was unable to get dressed up for the Halloween photo shoot! Poor little gal (after a long nap though, she did make it out to trick or treat at a few houses, so at least she enjoyed a little Halloween fun!).  So we did a mini shoot of the boys and hope to be able to do a real shoot with our Princess Leia and Ewok there in the next day or two and post that next week.

In the mean time, enjoy some photos of Luke Skywalker, Darth Vader and Yoda…. 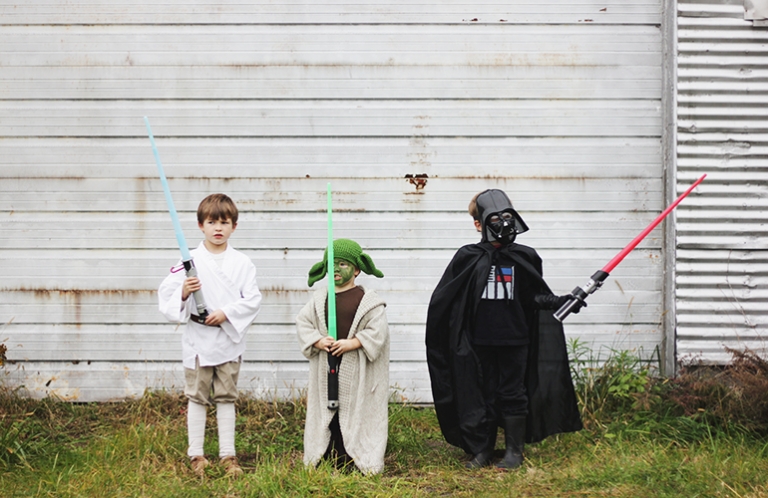 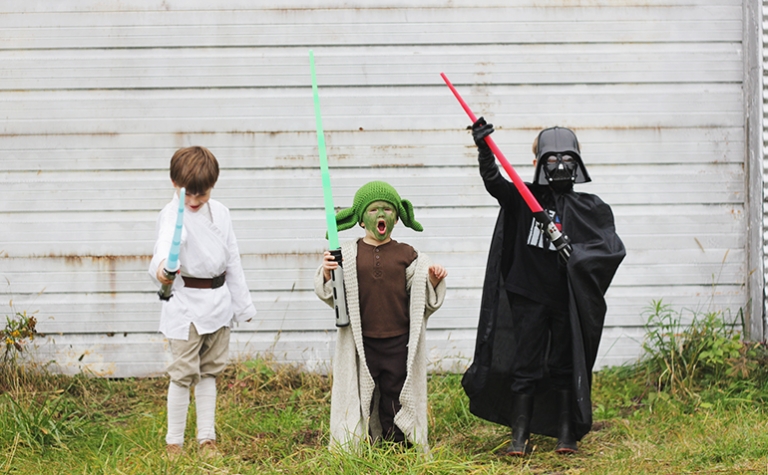 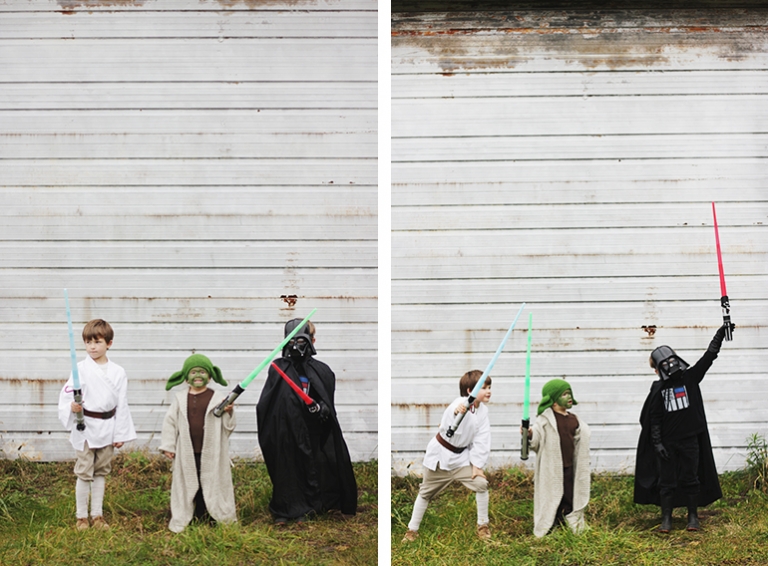 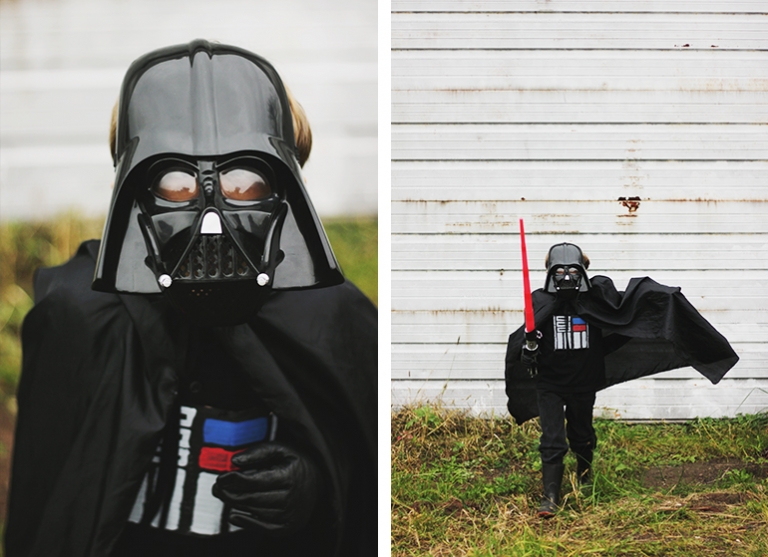 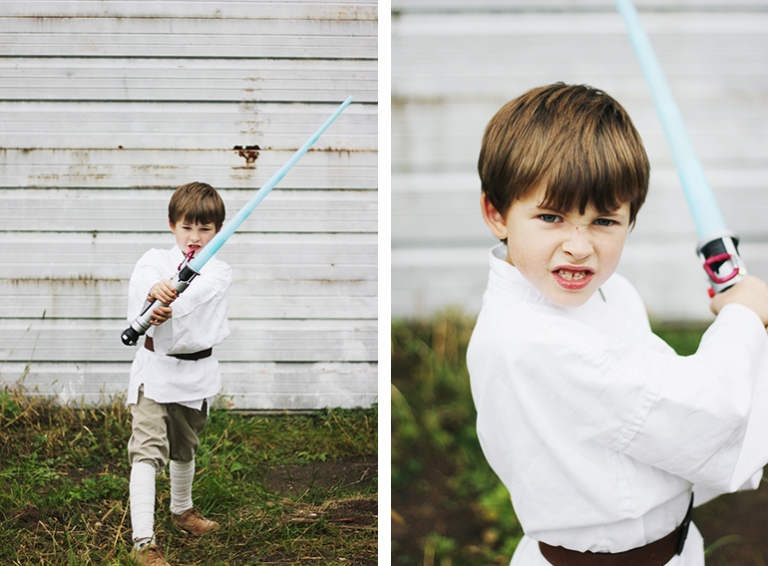 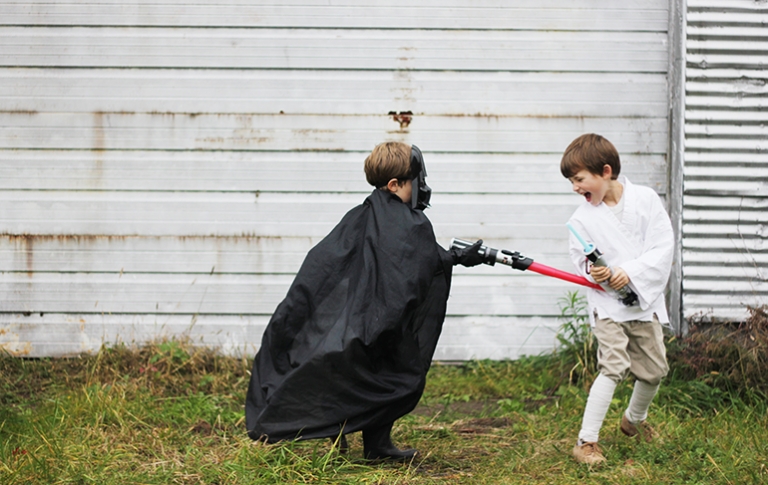 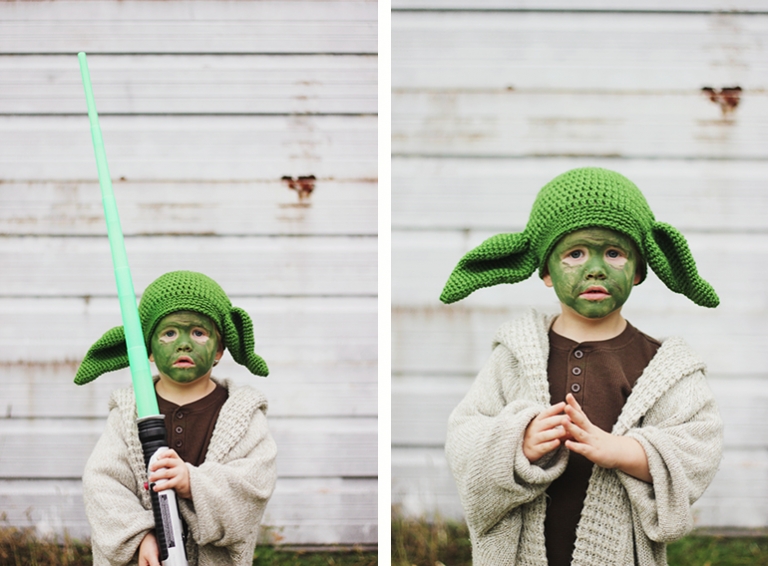 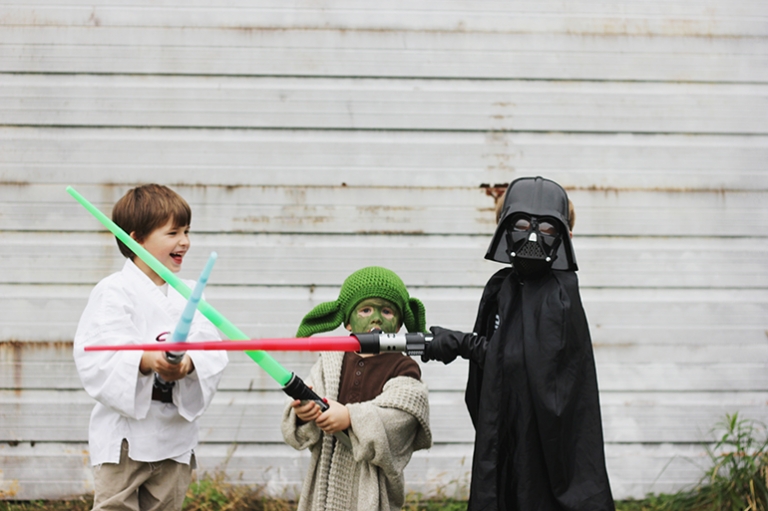 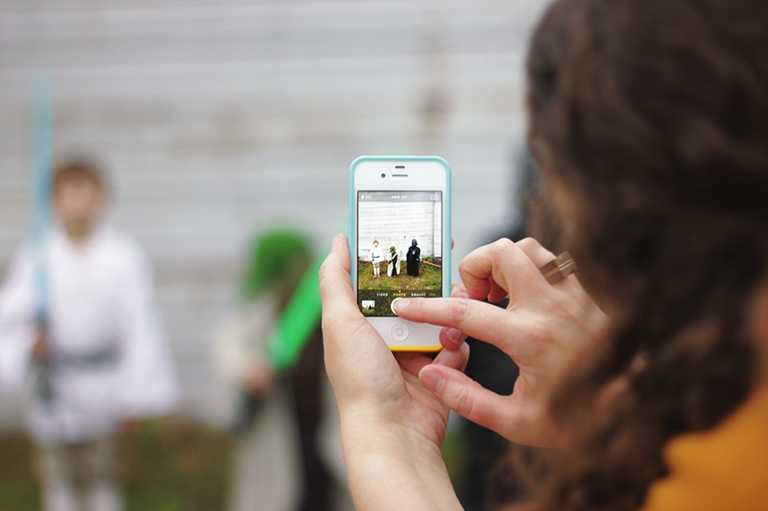 We did our best to try to do as much homemade & thrifted as time and sanity allowed.  Homemade costumes are my favorite!  (You can see some of our previous costumes here).  I did buy the mask and light sabers new – I knew those were things that the boys would love having to play with after Halloween, so it was worth the splurge for those.  Everything else came from their closets, thrift store or we made.  My mama made the fabulous Yoda hat for Levi! (And hemmed Lincoln’s jacket). She’s the best!  And thanks to Caitlin for costume consults, thrift shop trips and helping the boys get ready.  And taking photos for me!

If you haven’t yet, hop on over to Facebook and like our page to keep up on the latest merry happenings!

Hope you all had a fun Halloween and scored some great candy loot! (I know I’ll enjoy snatching pieces from the boys’ stashes. 😉 ) Manda